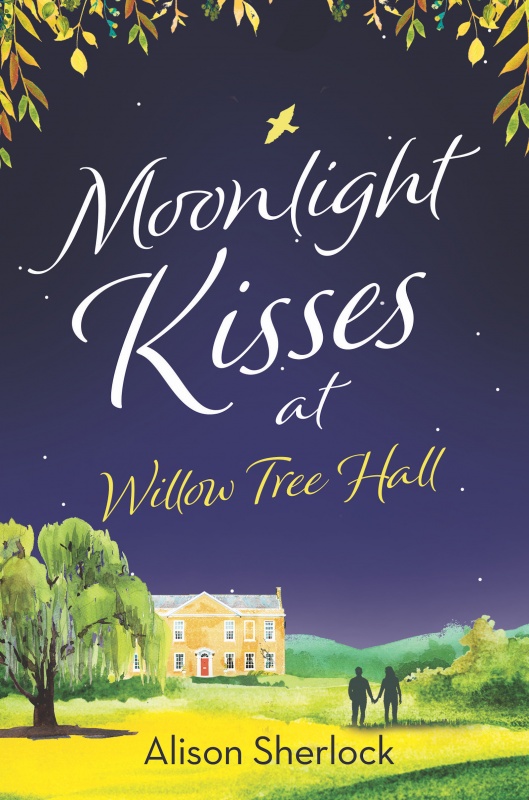 I am happy to be welcoming Alison Sherlock and the blog tour for her book, Moonlight Kisses at Willow Tree Hall.

Here’s a little about the book:

Romance blossoms under the stars in this feel good love story for fans of Milly Johnson and Heidi Swain.

Lily Harper is an events organiser, but her neat, ordered world has just exploded. First she lost her job, then she lost her fiancé. Her five-year plan is looking increasingly shaky.

Lost and lonely, Lily heads home to her childhood village, and accepts the position of live-in housekeeper at the grand but welcoming Willow Tree Hall. It’s not exactly her dream job – Lily is more used to arranging parties than pantries – but at least she’s working.

Her first task is to arrange the Willow Tree Hall summer fete. Lily is in her element, writing to-do lists and organising bunting and baking – until her old flame Jack Carter turns up in the village. Lily hasn’t seen Jack in over ten years, when he sped off on his motorbike, taking with him the pieces of her broken heart.

Lily vowed she would never forgive him. But as Willow Tree Hall weaves its magic, Lily finds she might just give Jack a second chance after all…

Full of warmth, tears, love and laughter, this is a gripping romance for fans of Heidi Swain and Philippa Ashley.

Alison and Aria have shared an extract today. Enjoy.

Lily looked around the room again for Mark but couldn’t see him. Perhaps he was in the gents’, trying out his speech. She wondered what he would say. Would he go down on one knee, even in the middle of the dancefloor? She secretly hoped so. That was how she had always wanted it to be done. And now the time was finally near.

A small frown creased her forehead. In fact, the time was actually a little overdue according to her life plan. She had wanted to get engaged on her birthday, but Mark had given her a lovely necklace instead of a ring. He knew about her plans to be engaged by the time she was thirty, so he only had until her next birthday to propose.

But she could forgive him for the short delay, as it was such a glorious setting that summer evening and would make an amazing story to tell their children. Perhaps they would come back to the Natural History Museum when the kids were old enough to understand.

‘And that’s where Daddy proposed to Mummy. Right by that dinosaur.’

Lily smiled expectantly at her reflection in the hallway mirror. She tucked a stray lock of red hair behind her ear, but her ponytail and simple makeup had remained in place. Her green eyes were framed with just a lick of dark mascara, her lips painted with a natural matte colour. Nice and neat. Nothing too outlandish.

She allowed herself a satisfied nod as she carried on past the mirror and downstairs to the cloakroom.

Her relationship with Mark might have been going well, but the recent loss of her job had been a massive disappointment. Even now, the panic was simmering inside her.

She didn’t like surprises or anything unexpected occurring in her life. She hadn’t done ever since the car accident that had knocked her whole world off its axis when she was sixteen years old. 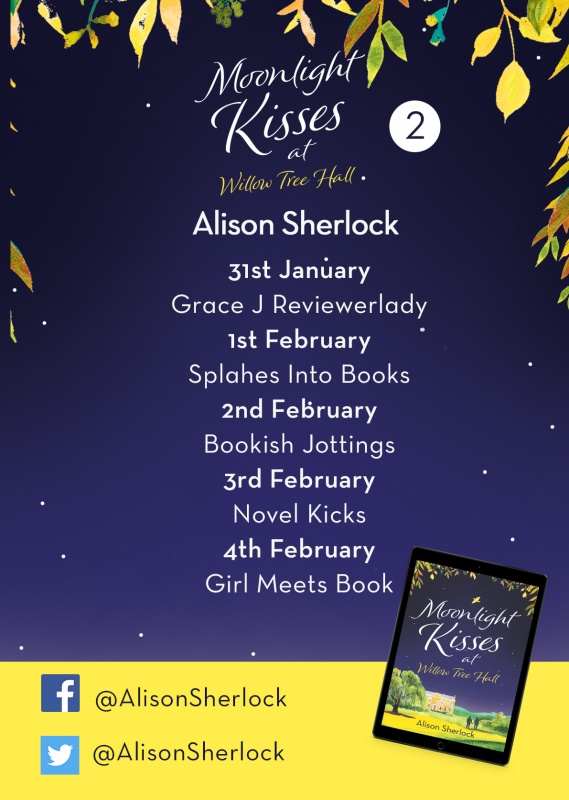 These days, her life was mapped out so that there could be no room for hurt or pain. To be in total control was a good thing. It protected her from the very worst that life could offer. She was safe from hurt and would continue to be so, as long as everything went to plan each and every day.

She stepped outside into the spacious Darwin Centre courtyard and took a moment to enjoy the night air.

It was a perfect summer’s evening with a full moon shining down from the night sky above. Not that you got to see too many stars in the centre of London. She felt a brief pang of longing for her home village of Cranley, where the sky was endless and full of stars, with not a skyscraper blocking the view.

She didn’t know why she was feeling so unsettled and homesick at the moment. It had to be about losing her job, she supposed. But she had left her home village many years ago to take the burden of having to support her away from her parents. After all, she had hurt too many people back then. The ripples of pain were still being felt to that day by her family.

She focused back on the job in hand and spotted the spare party bags in the far corner of the terrace. As she walked away from the other partygoers, she thought she spotted movement behind the large trees lining the terrace. Lily had organised enough parties to know about all the sexy comings and goings that occurred. She would ignore whoever it was, grab the party bags and get out of there before anyone was embarrassed.

But at that moment her colleague, Julie, staggered out from behind a large tree. ‘Easy, babe,’ she said, laughing. She looked as though she was about to dive back in for another embrace when she saw Lily.

‘Oh! Hi!’ she said, the blush spreading across her cheeks. 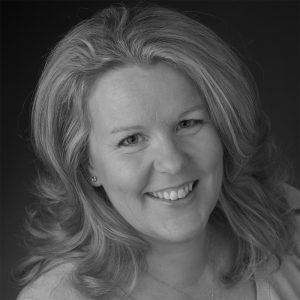 Alison Sherlock enjoyed reading and writing stories from an early age and gave up office life to follow her dream. Alison lives in Surrey with her husband and a daft golden retriever.

Moonlight Kisses At Willow Tree Hall was released by Aria in November 2019. Click to view on Amazon, iBooks, Kobo and Google Play.