Book Extract: One Day in Winter by Shari Low 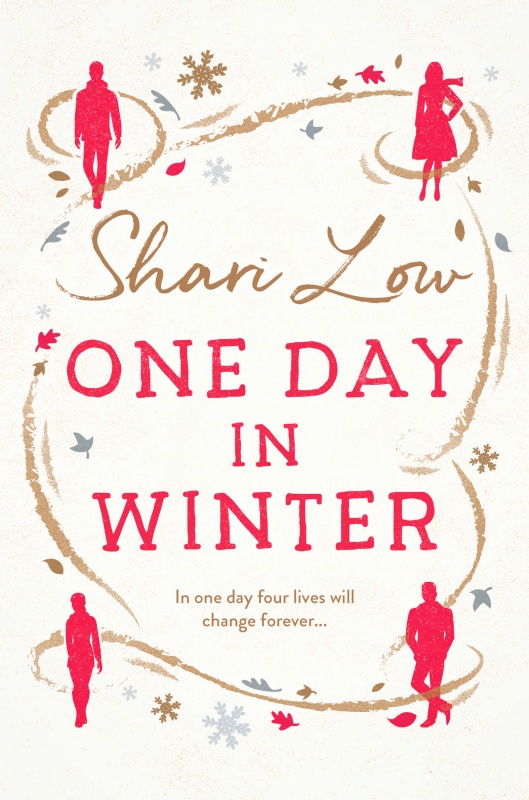 I am happy to welcome Shari Low back to Novel Kicks and the blog tour for her book, One Day in Winter.

On a cold December’s morning…

Caro sets off to find the truth: has her relationship with her father been based on a lifetime of lies?

Cammy can’t wait to surprise the woman he loves with a proposal. All he needs is the perfect ring.

Lila can no longer hide her secret. She has to tell her lover’s wife about their affair.

Over the course of twenty-four hours, four lives are about to change forever…

Shari and Aria have shared an extract today.

‘No, please, you go first.’ The elderly man smiled gratefully, as the young blonde woman held the train door open for him. He’d read the Daily Mail. These… what was it they called them? Millennials? Anyway, according to the papers, the young ones these days were all supposed to be so entitled and self-centred that they didn’t give a hoot for anyone else, but this young lady certainly didn’t fall into that category. Actually, now that their faces were so close together, maybe not so young. Perhaps late twenties? Thirties? Pretty, and without all that make-up the young ones wear nowadays. Eyebrows like snails, some of them. But not this lovely woman.

Caro returned his smile and held the train door open until the gent had, painstakingly slowly, climbed the step on to the train. No hurry. She’d waited this long to make the journey south to Glasgow. Although, right now, there was a huge part of her that wanted to stay in the comforting cocoon of home city.

Aberdeen train station was bustling with commuters arriving from less expensive postcodes. A city with the third largest population in Scotland, after Glasgow and Edinburgh, in the heyday of the oil industry, this had been boomtown. The black gold that was pumped in from the oil rigs off the coast had seeped into every brick of the granite that lined the streets, bringing American oil companies, financial investment, big spenders and the air of confidence that it would last forever.

Only a couple of years ago, revenues suddenly plummeted, profits turned to losses, jobs were lost, lives were ruined and the city was shaken to its grey stone foundations, a catastrophe made so much worse because they didn’t see it coming.

That wasn’t a mistake that Caro would make today. She had taken her time, thought this through, prepared herself for the juggernaut that she feared could come her way over the next 24 hours. 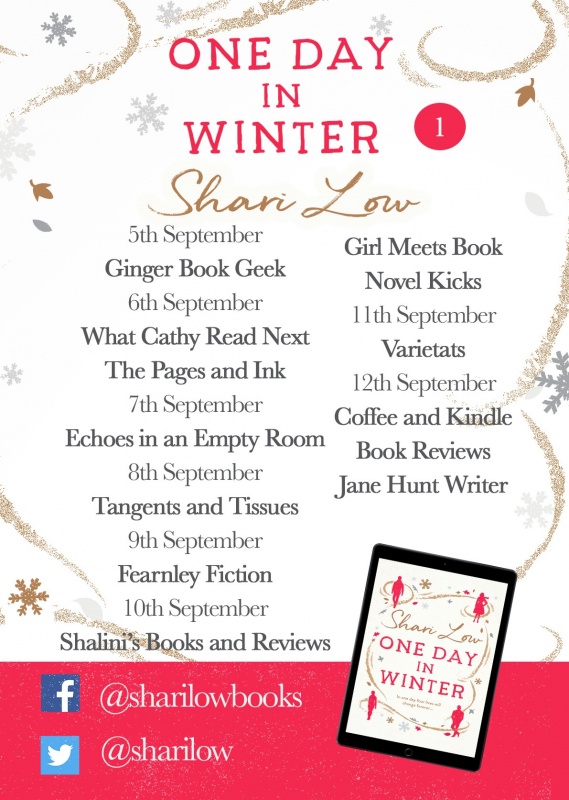 The irony was that today, 22nd December, should have been a day of chilled out relaxation after the bedlam of the last couple of weeks in school. It, and all the other school holidays, were marked on her phone diary with the ‘party’ emoji. Not that she didn’t love her job, because she adored it. Even on the toughest days, she never regretted her career choice, but December in a primary school required more complex logistical planning than three wise men could muster without the aid of a team of helpers. There was the nativity show, the Christmas concert, the festive fayre, the end of term party, and of course, the added challenge of managing thirty eleven-year-old children who were overly excited about the prospect of a two-week holiday, and who only wanted to study the gift sections of the Argos catalogue.

When they’d charged out of school at home time yesterday, leaving her desk almost entirely obscured by tubs of chocolates, scented candles, and (from the more switched on parents) bottles of Prosecco, she’d been both sad to see them go, and relieved that it would be two weeks until she saw them again.

Today, she should be doing nothing more taxing than putting her feet up with a good book.

It wasn’t too late to change her mind about going. She could get off now. Forget about the trip. Run for the hills – or at least for her sofa, with a Jilly Cooper, and one of those bottles of Prosecco. 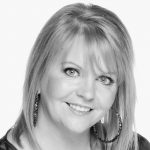 Shari Low is the No1 best-selling author of over 20 novels, including One Day In Winter, A Life Without You, The Story Of Our Life, With Or Without You, Another Day In Winter and her latest release, This Is Me.

And because she likes to over-share toe-curling moments and hapless disasters, she is also the shameless mother behind a collection of parenthood memories called Because Mummy Said So.

Once upon a time she met a guy, got engaged after a week, and twenty-something years later she lives near Glasgow with her husband, a labradoodle, and two teenagers who think she’s fairly embarrassing except when they need a lift.

Click to view One Day in Winter on Amazon, Kobo, iBooks, and Google Play.