Book Extract: Summer at my Sister’s by Emily Harvale 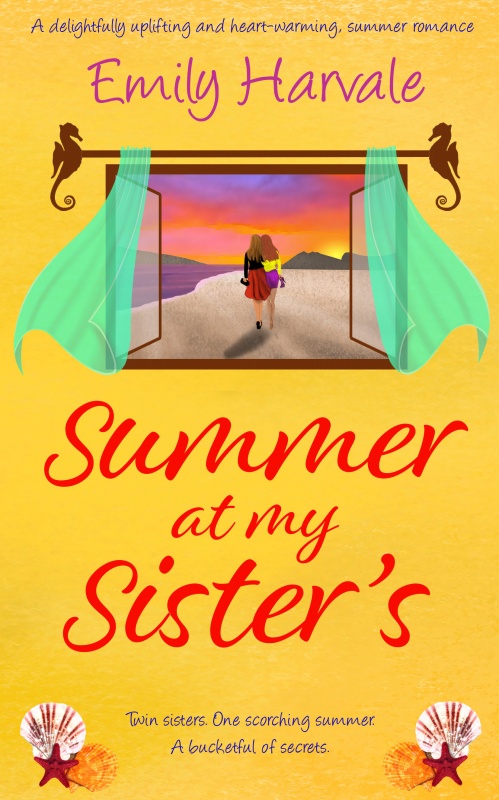 Happy publication day to Emily Harvale as she releases her latest novel, Summer at my Sister’s.

A bucketful of secrets.

Diana’s life is perfect. Her twin sister, Josie’s – not so much.

Diana has a rich and successful husband, two talented youngsters and an adorable dog. She always looks as if she’s stepped from the cover of a magazine. Her immaculate second home by the sea, for idyllic summers with her perfect family, was actually featured in one.

Josie has a messy, compact flat, dates, but not relationships, and she can’t even keep a houseplant alive. She moves from job to job, goes clubbing with her friends and often looks as if she’s fallen through a hedge.

Although Josie loves Diana deeply, each year she declines the invitation to spend the summer with her sister. Or any other family holiday. Because Josie has a secret.

But is Diana’s life so perfect? Or is she also hiding something? When secrets are revealed this summer, everything will change. Josie could finally have the life she’s always wanted … if she’s brave enough to take a chance.

To celebrate the release of her new book, Emily has some exciting news to share but first, here is an extract from Summer at my Sister’s. Enjoy.

Thank you so much for allowing me to share a little extract from my new book, Summer at my Sister’s.

This is where Josie Parnell arrives at her twin sister, Diana’s house. Liam Fulbright, who Josie has bumped into after last seeing him on his wedding day when he was nineteen, has helped her with her cases and Diana has just opened the front door of Sea View Cottage.

I wasn’t sure who was the most pleased to see me: Diana, Becca, or Henry the crazy, mixed up dog. I say ‘mixed up’ because Henry isn’t just a cross-breed. I think there must be at least four different breeds in his make-up. He’s brown and white and tan and there’s a big autumn-red shape over one of his eyes. He’s got the face and wiry brows of an Irish Wolfhound, the long fur coat of a Briard, the legs of a Great Dane and the tail of a Golden Retriever. That tail can clear a coffee table in seconds. Judging by the size of him I think there may also be a little bit of horse. He comes up to my waist when he’s got all four paws on the ground. When he’s got two of them on my shoulders, almost knocking me over, he’s about seven feet tall. You’d have thought I would have known that this is how he would greet me. He’s done it every time I’ve seen him, although thankfully, Diana doesn’t always bring him with her when we meet up.

Diana and Becca attempted to pull him off as he started to eat me. They said he was just being friendly and trying to lick my face but I wasn’t completely convinced. I tried to push him off me with both hands and he wasn’t budging an inch.

I shot a look at Liam, who seemed to find it rather amusing.

‘A little help … would … be nice,’ I said between mouthfuls of fur and trying to avoid dog drool.

‘Henry. Down boy.’ My nephew Toby wandered into the hall and with three little words, did what Diana, Becca and I couldn’t, using all our strength.

Henry launched himself off me and trotted over to his master without a backward glance while the force of his retreating paws shoved me backwards, sending me tumbling ungainly towards the floor. Luckily, Liam caught me in his arms before I landed on my arse.

He was laughing but as he stood me upright, one hand cupped my right breast. I’m not sure who was more surprised but he quickly rectified the situation almost dropping me flat on my back in the process. Somehow he managed to save me – again, and this time was extra careful as he helped me straighten up.

The strange thing was, the feel of his hand on my breast sent all sorts of odd sensations darting through me and I was a bit embarrassed. But whenever I feel like that I overcompensate.

‘Blimey, Liam,’ I said, shaking my head and tutting. ‘I’ve only been back in Seahorse Harbour for an hour or two and you’re already trying it on.’

I swear I could see red beneath that tan. Was the man actually blushing?

‘I was teasing you, Liam.’ I grinned at him and after giving me another very odd look, he grinned back.

****An exciting update from Emily Harvale**** 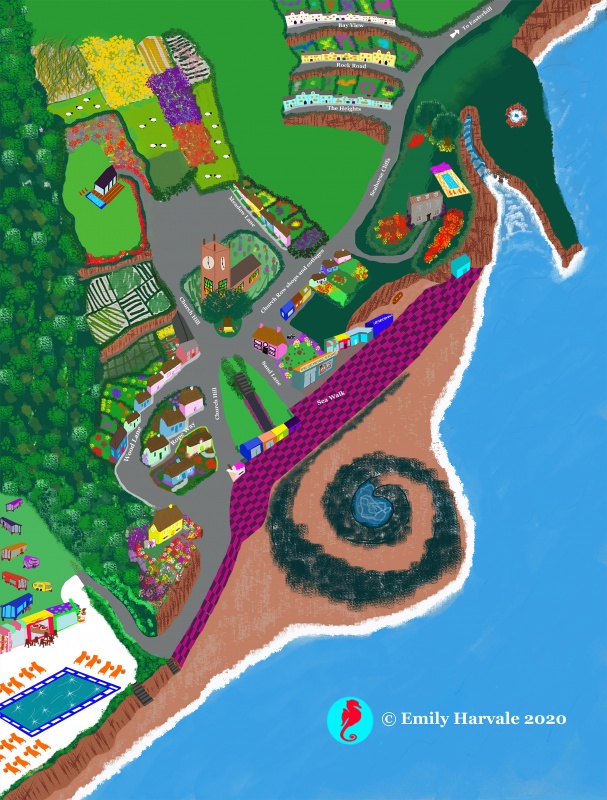 I apologise if you haven’t seen me on social media very much recently but I’ve been exceptionally busy working on lots of exciting stuff (technical term) 😂🤩 for my new book, my website … and a map for my new series of standalone stories set in the tiny village of Seahorse Harbour.
The map will ‘go live’ on July 31st, publication day for the first in the series, which is … yep, you guessed it, Summer at my sister’s. Let me explain a bit more.

Then …. I had an idea for another completely separate story set in the same village (which I’m writing at the mo.) This one has new characters.

So now, each story in this series will be a standalone with new characters … but as each book is set in Seahorse Harbour, you’ll be able to ‘see’ what’s going on with the characters from the previous books, because you can’t help but bump into people in a tiny village, can you?

I have to say, I LOVE THIS SERIES!!!!😍🤩💖🥰 I’ve got so many story ideas, although I’ve only written 2 of the books so far, Summer at my sister’s and the Christmas book, which is called …..

This Christmas book will be available for pre-order from early August. 💖🤩🥰😍 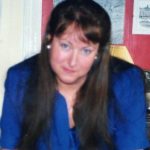 Emily writes novels, novellas and short stories about friendship, family and falling in love. She loves a happy ending but knows that life doesn’t always go to plan. Her stories are sure to bring a smile to your face and a warmth to your heart.

Emily loves to connect with her readers and has a readers’ group in which many have become good friends. To catch up with Emily, find out about the group, or connect with her on social media, go to her website at www.emilyharvale.com.

Having lived and worked in London for several years, Emily returned to her home town of Hastings where she now writes full-time. She’s a member of the SoA, an Amazon bestseller and a Kindle All Star. When not writing, she can be found enjoying the stunning East Sussex coast and countryside, or in a wine bar with friends, discussing life, love and the latest TV shows. Chocolate cake is often eaten. She dislikes housework almost as much as she dislikes anchovies – and will do anything to avoid both. Emily has two mischievous rescue cats that like to sprawl across her keyboard, regardless of whether Emily is typing on it, or not.

Summer at my Sister’s was released by Crescent Gate Publishing on 31st July 2020. Click to view on Amazon UK.