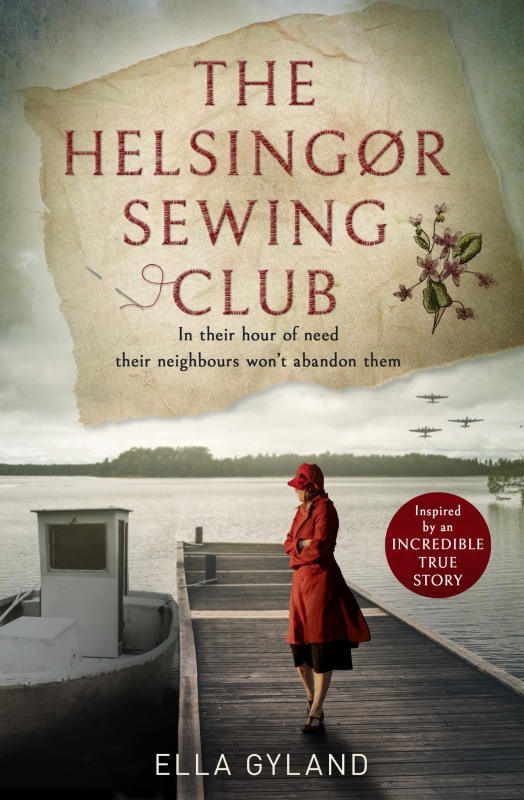 Ella Gyland joins me today with the blog tour for her novel, The Helsingør Sewing Club.

In the midst of the German occupation during World War Two, Inger Bredahl joins the underground resistance and risks her life to save members of Denmark’s Jewish community and help them escape to Sweden.

Inger’s granddaughter, Cecilie Lund, is mourning her death when a mysterious discovery while cleaning out Inger’s flat leads past and present to intersect. As long-held secrets finally see the light of day, Cecilie learns the story of her grandmother’s courage and bravery, and of the power of friendship, love, and standing for what’s right…even when you have everything to lose.

An inspiring tale of the resilience of the human spirit and the power of community.

Ella has shared an extract from The Helsingør Sewing Club with us today. Enjoy!

The main character’s cousin Gudrun has just returned home from having dinner with her fiancé, Niels the fisherman, and his family, where the topic of conversation was whether to smuggle black market goods back from Sweden or not, with Niels strongly against it and his father in favour of it. This scene is from Gudrun’s point of view.

When she returned home, her parents, Inger, and Jens were listening to Radio London in the parlour. She poured herself a cup of coffee from the blue enamel pot on the stove in the kitchen, and joined her family, squeezing onto the settee next to her brother.

Huddled around the radio, they listened to the news that the Russian army had recaptured a port city on the Black Sea from the Germans, and that the recently overthrown Italian dictator, Mussolini, had been restored to power.

Gudrun’s mind wasn’t really on the news. Instead she focused on the coffee substitute she was drinking. She’d almost, but not quite, got used to the taste of it – not like Inger who hated it – but knew Niels’s father had been right when he’d insisted people would pay for anything if they wanted it enough, and had the money.

At my wedding lunch we’re going to have proper coffee, she thought. Another reason for her and Niels to wait.

The calm, quiet mood in her parents’ parlour was interrupted by a sudden rap on the window at the front of the house. Jens quickly switched off the radio, and her mother draped an embroidered tablecloth over it. Listening to the radio wasn’t forbidden, but the Germans took a dim view of broadcasts from the BBC, and it was better to be safe than sorry in case they confiscated it.

Her father turned off the lights and opened the door, with Gudrun and his wife almost right behind him. 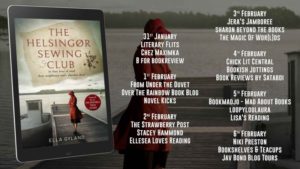 The soldier had used the butt of his rifle to knock on the glass which fortunately hadn’t shattered, and was explaining that a tiny sliver of light was escaping, and that they must cover up properly.

Gudrun’s father apologised and promised to sort it out.

‘Jawohl, mein Herr,’ her father muttered sarcastically, and adjusted the blinds to make sure no light could be seen from outside.

‘Oh Lord, are we now to be murdered in our beds?’ his wife said and pulled her cardigan tighter around her against the draft. ‘I thought my heart was about to leap out of my chest!’

Gudrun laughed. ‘I don’t think it’ll come to that, Mum.’

Returning to the parlour, she sent up a silent prayer in the hope that Niels had made it safely back to Gilleleje without being stopped. And without having to hide in a muddy ditch.

Still grinning at her father’s irreverence, she glanced at her cousin, expecting her to join in with the mirth. To her surprise, Inger was clutching her arms and had gone as white as a sheet. 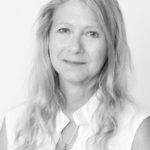 Originally from Denmark, I have lived in London for many years, surrounded by my family, cats, books and the Scandinavian hygge I try to create everywhere I go.

As a linguist I love playing with words and language, and I am addicted to story-telling. I also believe strongly in social responsibility and sustainable living.

The Helsingør Sewing Club was released by One More Chapter on 31st January 2022. Click to buy on Amazon UK and Waterstones.