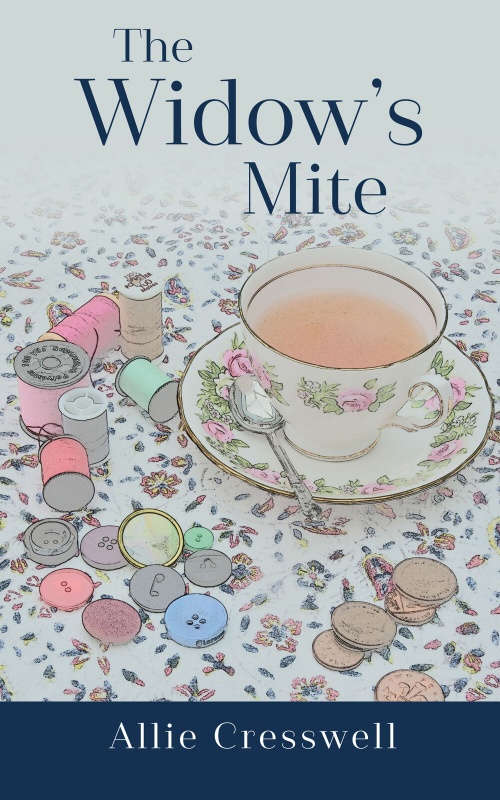 I don’t think there’s a better way to begin a new week than to welcome Allie Cresswell to Novel Kicks and the blog tour for her latest novel, The Widow’s Mite.

Minnie Price married late in life. Now she is widowed. And starving.

No one suspects this respectable church-goer can barely keep body and soul together. Why would they, while she resides in the magnificent home she shared with Peter?

Her friends and neighbours are oblivious to her plight and her adult step-children have their own reasons to make things worse rather than better. But she is thrown a lifeline when an associate of her late husband arrives with news of an investment about which her step-children know nothing.

Can she release the funds before she finds herself homeless and destitute?

Fans of ‘The Hoarder’s Widow’ will enjoy this sequel, but it reads equally well as a standalone.

Allie has shared an extract today. Grab that cuppa, a comfortable chair, a biscuit and enjoy. First, Allie gives us a little introduction.

Allie: Writing a novel about bereavement brought all kinds of issues into the limelight. Apart from exploring the emotional corollaries – what does grief feel like, how and when does it strike? – death brings practical consequences that had to be studied. How does being, suddenly, alone feel and what differences does it entail in day-to-day life? There must be a hundred small divergences that impact everything from the ironing pile to the shopping list, the signing of birthday cards, holiday choices,  TV viewing.

Then there are the landmark occasions, previously shared, but that now must be faced alone.

Here, a group of single women discuss their plans for Christmas

‘What are you all doing for Christmas?’ Gloria asked, helping herself to the last sausage roll.

‘We always do a Christmas lunch at church,’ Gwen said, gathering the dirty plates and tea cups back onto the tray, ‘for those who find themselves alone. Last year there were twenty or so of us – we barely had enough turkey. The helpers get there early to start the prep, and then there’s the meal and the clearing up afterwards. It was gone four by the time I got home, so the whole day had gone by pretty well.’

Minnie felt the familiar swell of sadness press her throat and behind the eyes. She had not thought about Christmas. Last year she and Peter had spent it at a hotel in the country. Lots of log fires and mulled wine. Artfully decorated trees in every room. A local choir singing carols on Christmas Eve. Then, on Christmas day, a big breakfast followed by a brisk walk. An exquisite lunch at a table for two. The chef had dressed up as Santa – she had glimpsed the chequerboard pattern of his kitchen trousers beneath the furred hem of his cloak. Peter had given her a gold watch set with diamonds round the face. Her hand pushed back her cardigan cuff to reveal it. She had not sold it although she was sure it was worth several hundred pounds. She could not believe that this year she would be reduced to lunch in the draughty church hall with the rest of the lonely old souls who were not wanted elsewhere. The very thought of it made her eyes well. In and of itself it was so pitiful, but in comparison to last Christmas it was tragic. Dolly [her dog], always so sensitive to Minnie’s emotional compass, made a whimpering sound. Thankfully Gloria had followed Gwen out of the room to help with the dishes so Minnie was able to wipe her eyes and pull herself together before the others reassembled.

‘Gloria’s asking about Christmas.’ Gwen filled Amy and Viola in while they settled themselves. ‘I mentioned the lunch at church.’ 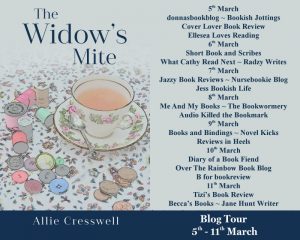 ‘You know you won’t get me over that threshold,’ Viola snapped. ‘I don’t suppose they allow alcohol, anyway, do they?’

‘No,’ Gwen admitted. ‘There are one or two members who have had issues with it in the past, so we don’t put temptation in their way. ‘Do not lead a brother to stumble,’ you know. But the vicar makes a delicious fruit punch and…’

Viola gave a snort. ‘Such hypocrisy. I bet they all drink like fishes when they get the chance. But in any case, I’ll be going to my son’s.’

‘You’re lucky,’ Gloria said. ‘My daughter won’t speak to me.’

‘I’d be happy to attend the church Christmas lunch,’ said Amy. ‘Unfortunately I’m usually ferried off to my nephew’s house. They assume I’ll go, and be grateful. But in fact I never enjoy myself very much. They have half a dozen grandchildren who are usually hysterical by lunch time. Their parents bugger off to the pub for most of the day. My nephew’s mother-in-law is a horrible woman, I can’t abide her. She speaks to me as though I were senile. And then to round the day off my nephew and his wife have their annual Christmas row.’

‘Perhaps we should go away,’ Gloria said. ‘I don’t think I really fancy the church thing. I’m sure they could manage without you, Gwen, if you said you had better fish to fry and it sounds as though Amy would be glad of the excuse.’

‘I certainly would,’ Amy agreed. ‘I’d be game for Christmas in a hotel.’

Minnie shook her head. As awful as the idea of Christmas with the lost and the lonely had sounded, Christmas at a hotel without Peter was simply insupportable as well as utterly unaffordable. ‘I’ve the step-children,’ she said vaguely.

Gwen raised a quizzical eyebrow but made no remark.

In reality Minnie had no suspicion Taran and Levina would wish to visit at Christmas – or indeed at any other time. Their utter absence of communication suggested powerfully they had absolutely washed her hands of her, or would do, once the Poplars was sold. But she knew in that moment she would rather spend Christmas alone than in either of the ways that had been suggested. 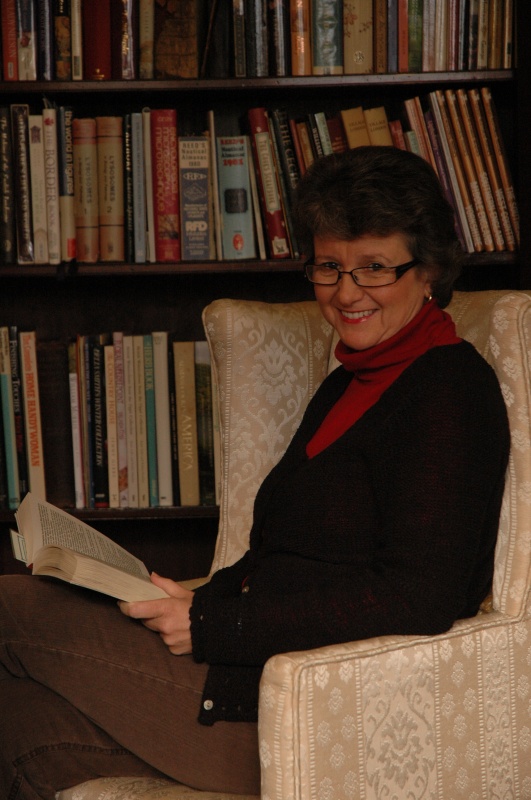 Allie Cresswell was born in Stockport, UK and began writing fiction as soon as she could hold a pencil.

She did a BA in English Literature at Birmingham University and an MA at Queen Mary College, London.

She has been a print-buyer, a pub landlady, a book-keeper, run a B & B and a group of boutique holiday cottages. Nowadays Allie writes full time having retired from teaching literature to lifelong learners.

She has two grown-up children, two granddaughters, two grandsons and two cockapoos but just one husband – Tim. They live in Cumbria, NW England.

The Widow’s Mite is her tenth novel.

The Widow’s Mite is the sequel to The Hoarder’s Widow and was released on 6th February 2020. Click to view on Amazon UK and Amazon US.