Book Extract: We Are Animals by Tim Ewins 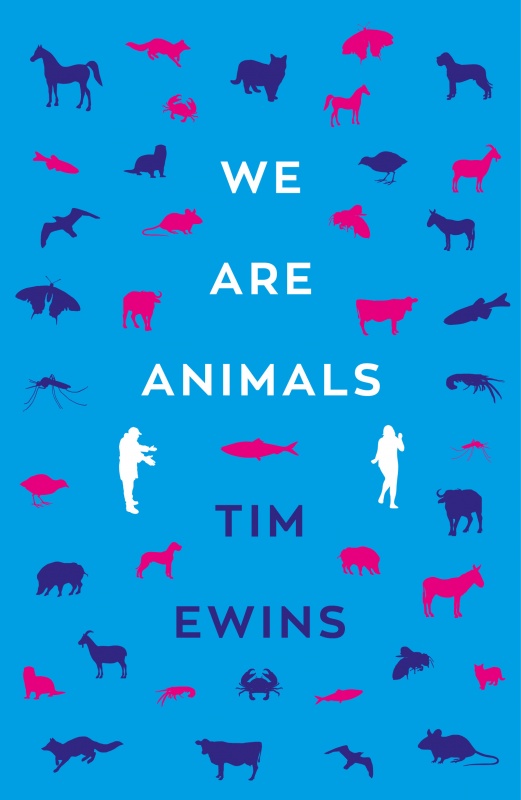 I am pleased to be welcoming Tim Ewins to Novel Kicks today and the blog tour for his new novel, We Are Animals.

A cow looks out to sea, dreaming of a life that involves grass.

Jan is also looking out to sea. He’s in Goa, dreaming of the passport-thief who stole his heart (and, indeed, his passport) forty-six years ago. Back then, fate kept bringing them together, but lately it seems to have given up.

Jan has not. In his long search he has accidentally held a whole town at imaginary gunpoint in Soviet Russia, stalked the proprietors of an international illegal lamp-trafficking scam and done his very best to avoid any kind of work involving the packing of fish. Now he thinks if he just waits, if he just does nothing at all, maybe fate will find it easier to reunite them.

His story spans fifty-four years, ten countries, two imperfect criminals (and one rather perfect one), twenty-two different animals and an annoying teenager who just…

But maybe an annoying teenager is exactly what Jan needs to help him find the missing thief?

Featuring a menagerie of creatures, each with its own story to tell, We Are Animals is a quirky, heart-warming tale of lost love, unlikely friendships and the certainty of fate (or lack thereof).

For the first time in her life the cow noticed the sun setting, and it was glorious.

Without further ado, here’s the extract. I hope you enjoy. Over to you, Tim.

Thank you so much Laura, for letting me share an extract from We Are Animals with everyone at Novel Kicks! In this extract, the protagonist’s parents do not know that their son has stowed away on a stranger’s boat, dreaming of lands afar. I’ve chosen this extract as an example of one of the smaller love stories that pop up along the plot of We Are Animals.

I hope you enjoy it…

Jan’s mother, still completely unaware of Jan’s lack of presence in Fishton, and of his unauthorised presence on England man’s boat, was washing the family’s clothes. 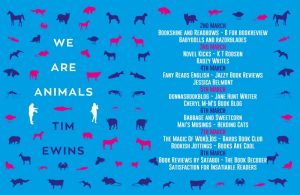 Now, there are three types of clothes washers. There are those who don’t use detergent and don’t sort their socks (the slackers), there are those who do use detergent but don’t sort their socks (the half-a-jobbers), and there are those who do use detergent and do sort their socks (the jobs-worths). Jan’s Mother was of category number three, religiously. It was when she was sorting Jan’s socks that she realised something must be wrong. There were seventeen in total, twelve of which she could match. She sat on her kitchen floor with the other five surrounding her. She’d had the odd odd sock before, and could handle that, but five? Something wasn’t right. ‘What a waste of detergent,’ she thought. Then she worried about the five missing socks. She hadn’t seen them when she’d been cleaning, and she prided herself on her housekeeping. Where were those socks?

Incidentally, you will notice that there are only three types of clothes washers – not four. No one has ever not used detergent but then sorted their socks. These people simply do not exist.

When Jan’s father returned home from the fish shop with their tea he found Jan’s mother sitting on the kitchen floor repeatedly tying the odd socks together and then untying them again.

‘Look,’ she said as he entered. Jan’s father looked at the five socks and saw that none of them matched. He knew straight away that somewhere in the house there were five lost socks, and he knew what that would mean to his wife. He shook his head slowly, looked down and tutted.

‘What a waste of detergent,’ he said.

‘What a waste,’ Jan’s mother agreed.

‘Come on,’ Jan’s father perked up. ‘They’re only socks. At least we’ve not lost anything important.’ 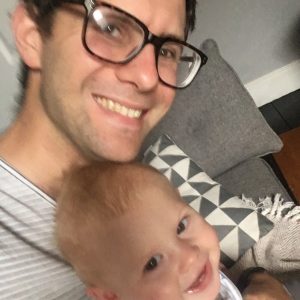 Tim Ewins has enjoyed an eight-year stand-up career alongside his accidental career in finance.

He has previously written for DNA Mumbai, had two short stories highly commended and published in Michael Terence Short Story Anthologies, and enjoyed a very brief acting stint (he’s in the film Bronson, somewhere in the background).

He lives with his wife, son and dog in Bristol. We Are Animals is his first novel.

We are Animals was released on 2nd March by Lightening Books. Click to view on Amazon UK (for a limited time, We Are Animals will be available for only 99p,) and Amazon US.