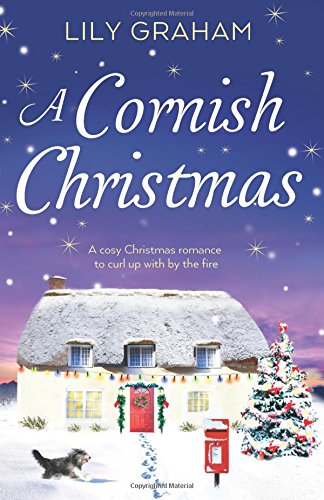 Nestled in the Cornish village of Cloudsea, sits Sea Cottage – the perfect place for some Christmas magic …

At last Ivy is looking forward to Christmas. She and her husband Stuart have moved to their perfect little cottage by the sea – a haven alongside the rugged cliffs that look out to the Atlantic Ocean. She’s pregnant with their much-longed for first baby and for the first time, since the death of her beloved mother, Ivy feels like things are going to be alright.

But there is trouble ahead and suddenly she misses her mum more than ever.

And it is! There’s one thing I never do in my reviews and that’s to give the main points of a plot away and I’m tying my fingers in knots to stop them typing something yes, huge, about this story and a postcard…there, that’s the spoiler alert over with. If you want to know what I haven’t told you, there’s one good way – buy the book and read it!

All I shall say about the story is…Ivy and her husband Stuart have been trying and failing to get pregnant and finally make a break from London and move down to Cornwall. The change of scene and pace of life make all the difference, plus they get away from Stuart’s controlling mother, though Ivy feels a constant ache, she misses her deceased mother so much.

With the aid of new friends and finally re-acquainting herself with her mother’s old ones, Ivy struggles to accept that their dreams of a child may finally come true. Whilst Stuart makes a surprising success from producing condiments from his smallholding, his sister Smudge brings her own troubles to the fold.

This is a story you’ll want to come back to each Christmas and at many other times of the year. Yes, it’s built around a couples life-changing journey that leads up to Christmas, however, the writing and story are so powerful that the experience you’ll get from reading it will last long past the yuletide season, I know it will for me.

(Thank you to Netgalley for allowing me to read this.)