Book Review: How To Marry Your Husband by Jacqueline Rohen 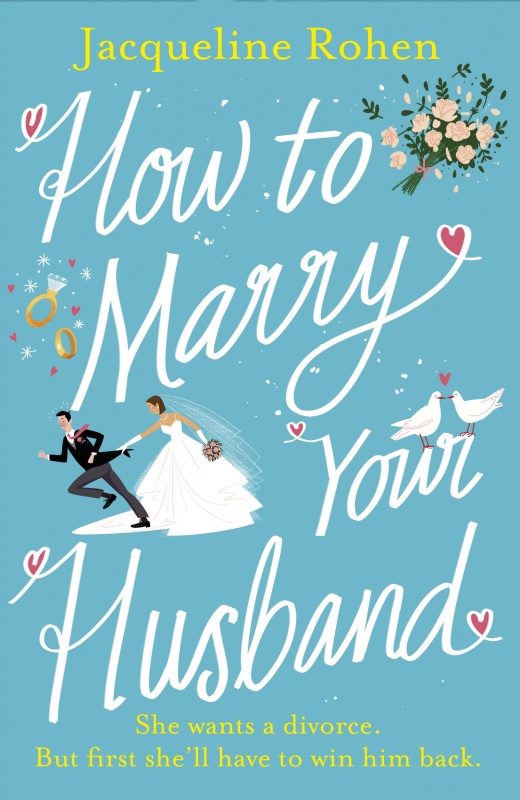 Rachel vowed that she would love David for better or worse…

But when she spots him kissing another woman, she knows their marriage is over.

And she’s determined to get her revenge through divorce.

The trouble is, her romantic destination wedding wasn’t exactly legal – so if she wants to divorce her husband, she’ll have to marry him first…

But as Rachel recreates the magic of their early days in a bid to lure David back down the aisle again, will it bring you back long-lost feelings for him too?

Rachel and David have been married for a few years but on the eve of their anniversary, Rachel sees David kissing another woman.

As she tries to come to terms with the fact that her husband is having an affair, Rachel discovers more about her relationship with David. Can they find their way back to each other or is their marriage over?

Told from both Rachel and David’s point of view, I loved this duel perspective and the fact that we get to know them both in this way. It added something great to the story telling. It was constructed well and goes between the two POV’s smoothly. It flowed nicely.

My sympathies were firmly with one character at the beginning of the book but I soon realised that it was not black and white and Rachel and David’s relationship was a lot more complicated than it first appeared.

Jacqueline Rohan managed to create well-rounded characters and even though both display bad behaviour, I wanted them to pull through their issues and come out stronger and together on the other side. I became very invested in their relationship. The supporting characters were also all great.

I don’t want to say much else about the plot of the novel, but I feel that it’s a good study into a marriage; how it’s so easy to jump to conclusions and assumptions. 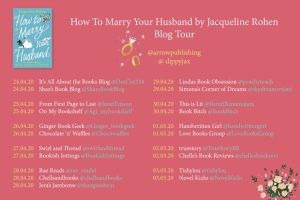 It has a unique plot and offers a great perspective on how communication is everything in a marriage, even if you’ve been married for years. I also couldn’t predict how it was going to end and this kept me wanting to turn the page.

This book is a comedy of errors. It’s full of warmth and heart.

I was so sad to hear about Jacqueline Rohan passing away last week and I want to send my condolences to her family and friends. I would have been very keen to see what Jacqueline would write next. What I can do now is shout about how great this book is so it gets the recognition it very much deserves.

This was her debut novel and it was fantastic.

How To Marry Your Husband was released by Cornerstone Digital on 1st May 2020. Click to view on Amazon UK.