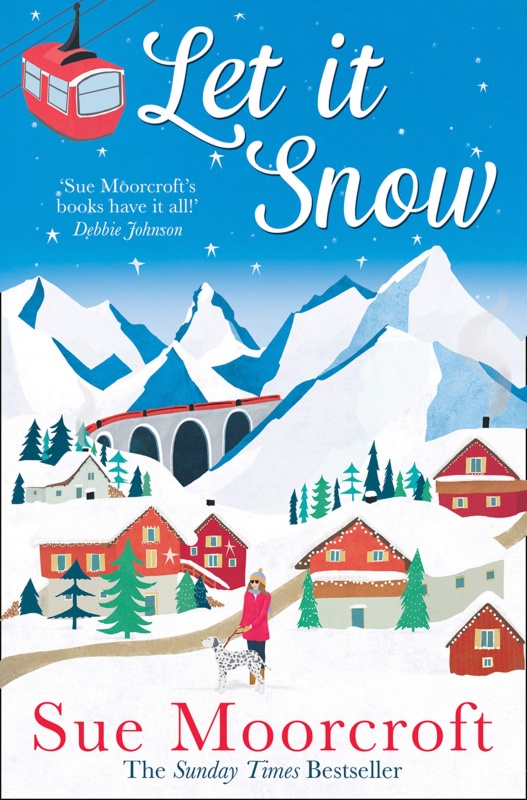 A big welcome to the fantastic Sue Moorcroft and the blog tour for her latest novel, Let it Snow.

Family means everything to Lily Cortez and her sister Zinnia, and growing up in their non-conventional family unit, they and their two mums couldn’t have been closer.

So it’s a bolt out of the blue when Lily finds her father wasn’t the anonymous one-night stand she’d always believed – and is in fact the result of her mum’s reckless affair with a married man.

Confused, but determined to discover her true roots, Lily sets out to find the family she’s never known; an adventure that takes her from the frosted, thatched cottages of Middledip to the snow-capped mountains of Switzerland, via a memorable romantic encounter along the way…

It may be October but it’s never too early for a Sue Moorcroft Christmas novel.

To add the topping to the cake, we’re welcomed back to the village of Middledip, Sue’s wonderful setting for quite a few of her stories. Because of this, we get a smattering of the inhabitants we’ve grown to love and this gives the novel an atmosphere of a family christmas.

Say hi to Lilly Cortez and Isaac O’Brien, out main protagonists, along with Doggo of course, a very friendly Dalmatian. 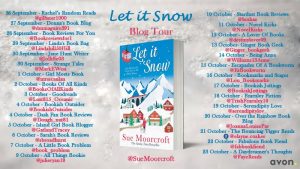 Fans of Sue will be familiar too with Tubb the Pub who has a central role in the main story. It’s very nice, this reviewer believes, that this much-loved character has more than a peripheral part in this story. In fact, this novel is chock full of wonderful, rounded, well-written characters, including Carola who’s a particular favourite of mine from Middledip.

Switzerland bounds to life off the pages to such a degree that you feel like you’re walking in the snow-clad towns, villages and fields of this Alpine country. It certainly made me wish that I could go for a visit. Here, you have a roadtrip combined with a love story that will have you silently screaming for a happy ending!

I’m not going to tell you anything about the story, that’s not my style. Suffice to say, Sue Moorcroft has done it again. I’d love to tell you about one of the side stories, but I don’t want to give out any spoilers as it has a massive effect upon the main story. It’s beautifully written and touches the heart. You’ll know exactly what I’m talking about it when you read it.

So, pull up the comfy chair, put on the hot chocolate and lock that door for your first Christmas treat of the year! 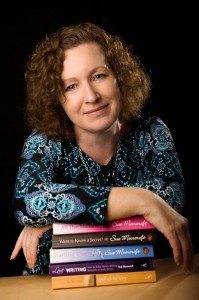 Let it Snow was released on eBook by Avon on 26th September with a paperback edition due to be released in November.