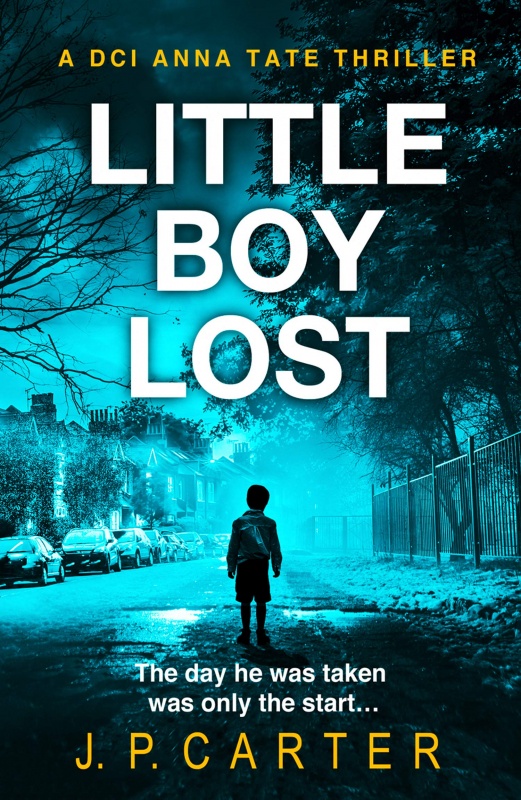 One early October afternoon, ten-year-old Jacob Rossi begins the short walk home from school. But he never makes it.

Days later, DCI Anna Tate is called to the scene of a burning building, where an awful discovery has been made. A body has been found, and the label in his school blazer reads: J. Rossi.

As Anna starts digging, she soon learns that a lot of people had grudges against the boy’s father. But would any of them go so far as to take his son?

And is the boy’s abductor closer than she thinks?

I was excited to be invited onto the blog tour for Little Boy Lost, the latest novel by J.P. Carter.

Little Boy Lost begins when the wife of a suspected drug dealer is shot dead in a Police raid. When this event sparks riots all over London, DCI Anna Tate know she’s in for a long few nights.

It doesn’t take long until the riots begin to claim their victims including schoolboy Jacob Rossi.

However, he may have been accidentally killed but his presence in the cellar of a derelict pub is far from an accident and Anna and her team find themselves battling to bring both the abductor and arsonist to justice, before it’s too late.

I knew from the first few sentences that I was going to like this novel. It immediately puts the reader into the heart of the action. It also doesn’t shy away from gritty plot lines, all equally sad and compelling. 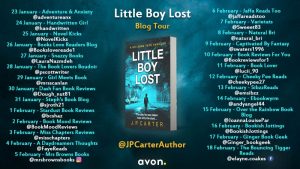 Little Boy Lost is book 3 in the DCI Anna Tate crime thriller series but it was my introduction to these characters and this world. This didn’t impede my enjoyment of the book. In fact, the only thing that annoyed me is that I didn’t discover this series sooner. I will certainly be reading the first two books in the series at some point.

Anna is a strong female character who isn’t scared to go by instinct and I loved this. I immediately warmed to her and wanted both her, her boyfriend Tom and daughter Chloe to get out of the novel unscathed. No spoilers in that department.

The tension and suspense build so well throughout and I didn’t see the end coming at all. I pretty much devoured this book. I don’t think I can think of anything I didn’t like about it.

It’s near the top of my list of great detective novels and I am really hoping this isn’t the last we see of DCI Anna Tate.

A great crime series to add to your collection. I’ve become a big fan (if you couldn’t tell. Haha.) 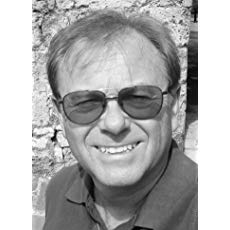 J. P. Carter is the pseudonym of a bestselling author who has also written seventeen books under the names Jaime and James Raven.

Before becoming a full-time writer he spent a career in journalism as a newspaper reporter and television producer.

He was, for a number of years, director of a major UK news division and co-owned a TV production company.

He now splits his time between homes in Hampshire and Spain with his wife.

Little Boy Lost was released by Avon on 23rd January. Click to view on Amazon UK.