Book Review: Not In My Name by Michael Coolwood 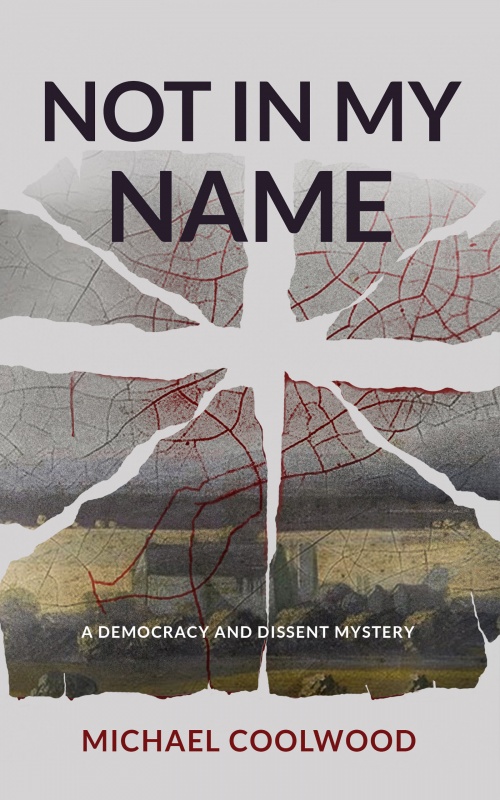 What if the British people had been given a vote about invading Iraq in 2003. And the referendum split the nation with a 52% to 48% yes vote.

A young activist is beaten to death after an anti-war demonstration.

The police say her murder was random. It wasn’t. More activists will be murdered. The activists only trust each other.

Maybe that trust has already been betrayed. Witty, political and provocative, this New Adult mystery is based on real events, and keeps the reader guessing to the very end.

Phoebe Green is part of a group that opposes the referendum result. They are seen as traitors and the enemy.
When one of their group is killed, Phoebe is determined to get to the bottom of it but it’s not long before the situation goes from bad to worse.

Immediately, this book caught my attention. It’s a very interesting look at how divided a country can be and how quickly we can turn on each other. It scared me and yet the characters fascinated me all at the same time.

It’s both a political and murder mystery which had me invested in the plot very early on.

All of the characters are hiding something and this did add to the intrigue. I really had trouble figuring out what was going to happen or how it was going to end. I didn’t see the end coming actually. I found that, at some point, I suspected everyone of having a hand in Cassie’s murder.

The setting, although it was in 2003 has an almost dystopian quality to it which really helped with the tension and the atmosphere. 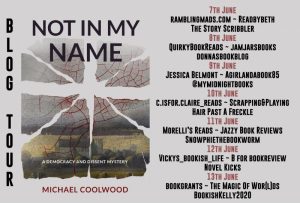 The plot and pace are very well put together and I read this novel almost in one sitting as I couldn’t put it down.

As usual, I am not going to say much more as I don’t want to give away any spoilers.

It’s an interesting take on the events surrounding the Iraq war and Brexit.

It’s a compelling page turner. I recommend it and look forward to see what Michael Collwood does next. 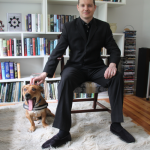 Michael Coolwood writes feminist cosy mysteries. His work is deeply political and his characters are driven by a desire to make the world a better place.

This is partly due to a respect for passionate, caring people, and partly because cuts to the health service in the UK have ensured he can barely leave the house due to his swamp of health problems.

Read about his books and ongoing crises at coolwoodbooks.com

Not in My Name is available to buy at Amazon UK, Amazon US and Waterstones.