Book Review: The House of Secrets by Terry Lynn Thomas 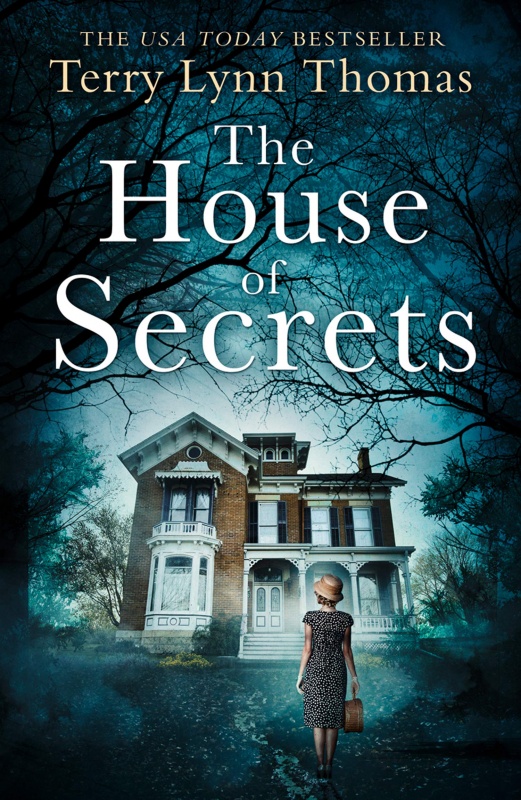 Welcome to Terry Lynn Thomas and the blog tour for her novel, The House of Secrets.

Sarah Bennett has two secrets: she sees ghosts, and she is in love with a spy.

When Sarah takes a job with occult expert Dr Matthew Geisler, he promises to help her understand the sorrowful spirit that seems to have attached itself to her.

As Sarah struggles to cope with the ghostly presence, she runs into Zeke, the man who left her six months earlier and is recovering from injuries suffered in an alleged accident.

But Zeke has secrets of his own, and when an attempt is made on Geisler’s life, Sarah finds herself caught in a struggle between the living and the dead.

Unsure who she can trust, Sarah must solve the mystery of the soul determined to haunt her, and save Dr Geisler and herself from an unknown threat.

This book was previously published as WEEPING IN THE WINGS.

The House of Secrets is the second book in the Sarah Bennett Mysteries and my introduction to its main character, Sarah Bennett.

I will try not to give anything away about what happens as I don’t want to spoil it.

I know I have been saying this a lot but from page one, I was well and truly hooked. My to-do list got abandoned for the day as I settled in and read this in pretty much one sitting.

I immediately loved Sarah. She is a strong female character who is also facing many internal conflicts as well as external ones. She’s very intelligent, has great instincts but is battling in the court of public opinion since the trial of her father ended.

Despite the fact that I have not read the first novel in the series, it is obvious she has been through a lot. Not reading the first novel, The Spirt of Grace, didn’t put me at too much of a disadvantage as all the information needed is mentioned at various points. However, reading the first one obviously means you know more about Sarah’s past when you meet her again at the beginning of this book.

This appealed to my interest in the idea of whether there is something beyond life. There is a real feeling of the gothic and it is captured so well in the description of the house and the ‘sightings’ Sarah has. 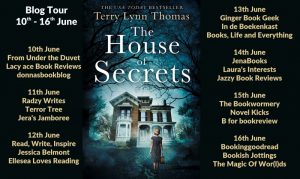 This book really pulled me in. There’s a myriad of characters in this book; some I liked more than others. There was one I was particularly cautious about from the start. There is a love story yes but it is a lot more than that.

Overall, such a compelling, exciting, mysterious plot in a setting that is both warm and scary at the same time. If you’re looking for a new series to read, I recommend this one. I’m off to read the other two books, The Sprit of Grace and The Drowned Woman (in case you were wondering.)

Terry Lynn Thomas grew up in the San Francisco Bay Area, which explains her love of foggy beaches and Gothic mysteries. When her husband promised to buy Terry a horse and the time to write if she moved to Mississippi with him, she jumped at the chance. Although she had written several novels and screenplays prior to 2006, after she relocated to the South she set out to write in earnest and has never looked back. 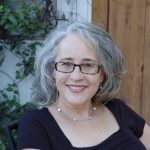 Terry Lynn writes the Sarah Bennett Mysteries, set on the California coast during the 1940s, which feature a misunderstood medium in love with a spy. The Drowned Woman is a recipient of the IndieBRAG Medallion. She also writes the Cat Carlisle Mysteries, set in Britain during World War II. The first book in this series, The Silent Woman, came out in April 2018 and has since become a USA TODAY bestseller. When she’s not writing, you can find Terry Lynn riding her horse, walking in the woods with her dogs, or visiting old cemeteries in search of story ideas.

To view The House of Secrets on Amazon UK – https://www.amazon.co.uk

To view The House of Secrets on Amazon US – https://www.amazon.com