Book Review: The Island of Lost Girls by Alex Marwood 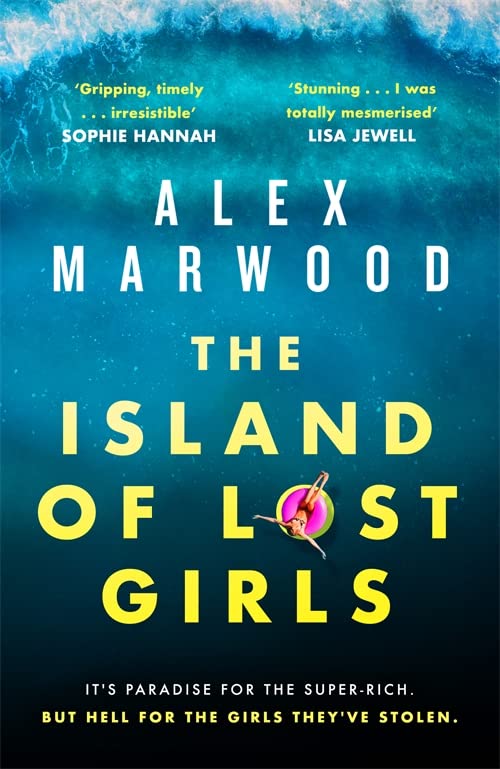 For twelve-year-old Mercedes, La Kastellana is the place she calls home. It is an island untouched by the modern world, with deep-rooted traditions – though that is all about to change with the arrival of multimillionaire Matthew Meade and his spoiled young daughter, Tatiana. The Meades bring with them unimaginable wealth, but the price they will all pay is far darker than Mercedes and the islanders could ever have imagined.

Robin is desperately searching for her seventeen-year-old daughter Gemma, who has been missing for over a year. Finding herself on La Kastellana, the island playground of the international jet set, Robin is out of her depth. Nobody wants to help and Robin fears she is running out of time to find her child.

But someone has been watching, silently waiting for their moment to expose the dark truth and reveal to the world what really happens on the island of lost girls.

Twelve-year-old Mercedes has known nothing but La Kastellana. This island is home, untouched by the modern world beyond.

That is until multi-millionaire Matthew Meade shows up with his spoiled, thirteen-year-old daughter, Tatiana.

It isn’t long before Mercedes and her family are tied to the Meades and Matthew’s influence runs deep.

Robin finds herself on La Kastellana in her search for her missing seventeen-year-old daughter, Gemma.

Surrounded by the rich, little help is given to Robin and she has a feeling she’s running out of time.

But someone is waiting to expose the truth about the Meades, however dark.

This was my introduction to Alex Marwood and from page one, I was hooked.   Spilt across multiple points of view, the story goes between 1985 and 2016.

In 1985, Mercedes is a very sheltered girl who is used to growing up amongst her island’s traditions. So, when she meets self-assured Tatiana, she is thrown into a whole different world, one she is not prepared for.

From the moment Tatiana appears, there was something about her I didn’t trust and as the book progresses, it’s clear that she, and her father are used to getting their own way.

I felt for Mercedes, Larissa and Donatella. This is an island where men are still the head of the household.

In 2016, Robin is both a tragic and frustrating character. I did really feel for her as she searches for her daughter.

Gemma is a typical teenager who is looking for adventure, excitement and something in her life that doesn’t involve fighting with her mother and facing apathy from her father. Unfortunately, her quest for these things catapults her into Julia and Tatiana’s orbit; women who seem to good to be true.

There are many thought provoking, triggering and hard themes running through this novel.

Tradition verses modern living, as well as looking at the role a woman has in the world. How sometimes, people are seen as objects – something that world history is unfortunately familiar with.

Alex Marwood has certainly drawn from recent events when looking at the plot of this novel and it had me so angry in many parts – which shows how powerful this story is. I don’t think I’ve ever been so angry at characters in a novel before. It draws attention to not only how the men see women but what betrayals certain female characters are capable of against other women. This story definitely makes a strong statement in that regard.

This book, in many places, is not easy to read. It certainly is a rollercoaster of a psychological thriller that had me go through so many emotions. At the beginning, I was unsure of how it would all tie together and I really couldn’t stop reading or predict how it would end.

I am not going to say anymore. I don’t want to spoil this book for you.

If you’re looking for something that has you wanting to turn the page and not want to put down, this novel is for you.

This is one powerful novel that I will not forget in a hurry. Bravo, Alex Marwood.

(Thank you to Sphere and Netgalley for the advanced reading copy in exchange for an honest review.) 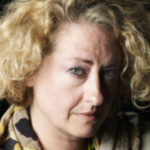 Alex Marwood is a former journalist who worked extensively across the British press.

Her first novel, The Wicked Girls, achieved widespread acclaim and international bestsellerdom. It was shortlisted for ITW, Anthony and Macavity awards, was included in Stephen King’s Ten Best Books of the Year list, and won the prestigious Edgar Award.

The Killer Next Door, her second novel, won the coveted Macavity Award for Best Mystery Novel, was nominated for the Anthony and Barry.

The Darkest Secret, the tale of the disappearance of young Coco, met with critical and reader acclaim.

She has also been shortlisted for numerous other crime writing awards and her first two novels have been optioned for the screen.

The Island of Lost Girls was released by Sphere on 14th July 2022. Click to buy on Amazon UK and Waterstones.

Marwood lives in south London and is working on her next novel.