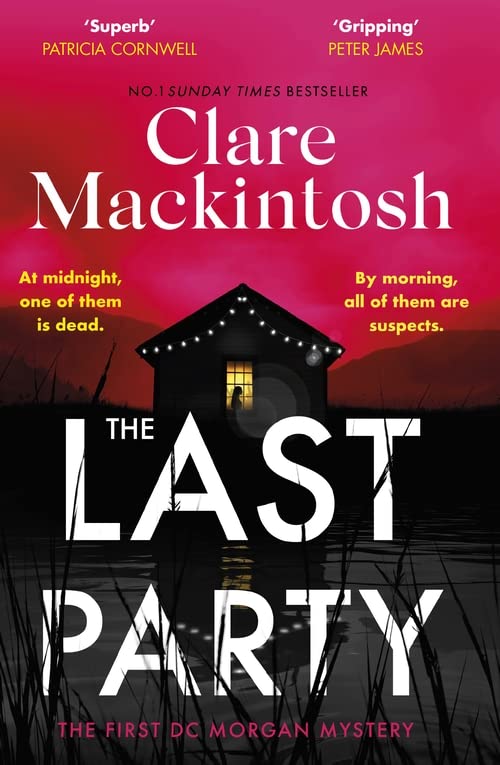 On New Year’s Eve, Rhys Lloyd has a house full of guests.

His lakeside holiday homes are a success, and he’s generously invited the village to drink champagne with their wealthy new neighbours. This will be the party to end all parties.

But not everyone is there to celebrate. By midnight, Rhys will be floating dead in the freezing waters of the lake.

On New Year’s Day, DC Ffion Morgan has a village full of suspects.

The tiny community is her home, so the suspects are her neighbours, friends and family – and Ffion has her own secrets to protect.

With a lie uncovered at every turn, soon the question isn’t who wanted Rhys dead . . . but who finally killed him.

In a village with this many secrets, a murder is just the beginning.

It’s New Year’s Eve and Rhys Lloyd has a house full of guests. His holiday homes are a success and the small community from the nearby village have been invited to bring in the new year with their new wealthy neighbours.

By New Year’s Day, Rhys is dead and DC Ffion Morgan has a village full of suspects.

It seems Rhys had many enemies but who hated him enough to kill him?

This book was my introduction to Clare Mackintosh. The premise intrigued me so I was very pleased to get the chance to read and review The Last Party.

From the first page, this book had me seriously hooked to the point where I couldn’t put it down. I read it in pretty much one sitting.

Ffion is an interesting character. She is quite a closed book to begin with and it’s obvious she’s holding a lot of herself back. I liked her, especially when it came to sticking up for Leo.

I immediately liked Leo. I felt quite sorry for him and I liked he and Ffion as a duo. I think they worked well.

The residents of the Shore were a mixed bunch and all are hiding secrets. Clare Mackintosh is great at planting suspicion toward all of them so, as the story progressed, I had no idea who was responsible for Rhys’s death or how the story was going to end. It had me guessing all the way through to the last page.

The tension and suspense builds so well throughout the plot and the relationship between the village and ‘newcomers’ adds a lot to this.

The description of the village and the lake are so vivid. I wouldn’t mind one of those holiday lodges. Haha. It painted such a beautiful picture of North Wales. As I read, I could see this book being adapted into a great TV series.

There’s not a lot more I can say about this book as I really don’t want to spoil it. It’s a well written crime/physiological triller that I enjoyed from start to finish. This is definitely one of my favourite novels of the year so far.

It’s a tense, edge of your seat novel with lots of twists and turns and I hope it’s not the last we see of Ffion and Leo. I have also become a fan of Clare Mackintosh and look forward to what she does next. 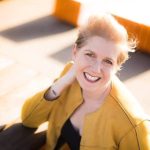 With over 2 million copies of her books sold worldwide, number one bestseller Clare Mackintosh is the multi-award-winning author of I Let You Go, which was a Sunday Times and New York Times bestseller and the fastest-selling title by a new crime writer in 2015.

It also won the Theakston Old Peculier Crime Novel of the Year in 2016. Both Clare’s second and third novels, I See You and Let Me Lie, were number one Sunday Times bestsellers. All three of her thrillers were selected for the Richard & Judy Book Club, and together have been translated into forty languages.

Her latest novel, The Last Party was released on 4th August 2022. Click to buy on Amazon UK and Waterstones.

Clare is patron of the Silver Star Society, a charity based at the John Radcliffe hospital in Oxford, which supports parents experiencing high-risk or difficult pregnancies. She lives in North Wales with her husband and their three children.