A Moment With… D.S. Lang 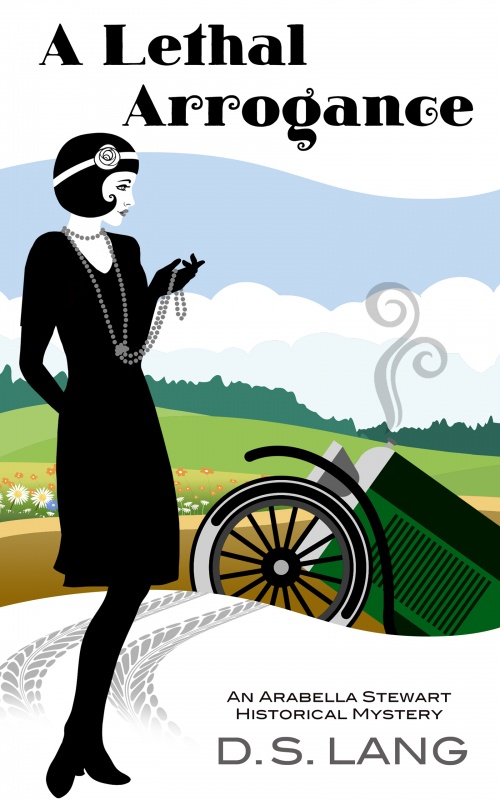 It’s lovely to be welcoming DS Lang to Novel Kicks today and the blog tour for her latest novel, A Lethal Arrogance, which is book 3 in the Arabella Stewart Historical Mystery series.

After returning home from her service as a United States Army Signal Corps operator in the Great War, Arabella Stewart’s goal, to save her family’s resort, seems within reach as the summer season progresses. She and her business partner, Mac MacLendon, look forward to re-establishing a successful championship golf tournament, once the signature event of the resort’s year. Problems arise when one of the contestants, an overbearing snob who has created problems at other competitions, clashes with more than one person. When he is found dead, the victim of a suspicious automobile crash, Bella once again helps Jax Hastings, the town constable and her childhood friend, investigate. As they pursue answers, Bella and Jax find several suspects who might have wanted to make the victim suffer for his lethal arrogance.

Today, D.S. Lang tells us about the inspiration and research behind her book series. Over to you, D.S. Lang.

My Arabella Stewart Historical Mystery series takes place shortly after the Great War (World War I). Bella, the main character, was a United States Army Signal Corps operator in France during the conflict. Originally, I planned for Bella to be a nurse. While doing research, I discovered that American nurses needed to be at least twenty-five years old. Since I wanted her to be younger when she volunteered, I searched for other roles available to young women and found that they were accepted into the Signal Corps.

The U.S. entered the war in April 1917. By the end of the year, General John J. Pershing, commander of the American Expeditionary Force, decided that women were needed to replace male operators, freeing those men for combat duty. About 10,000 ladies applied, and some 200 were chosen. The main requirement was fluency in both English and French. The training, primarily learning to operate complicated switchboards, took place before they sailed for France. The women proved to be highly competent, connecting six calls in the time it took male operators to handle one.