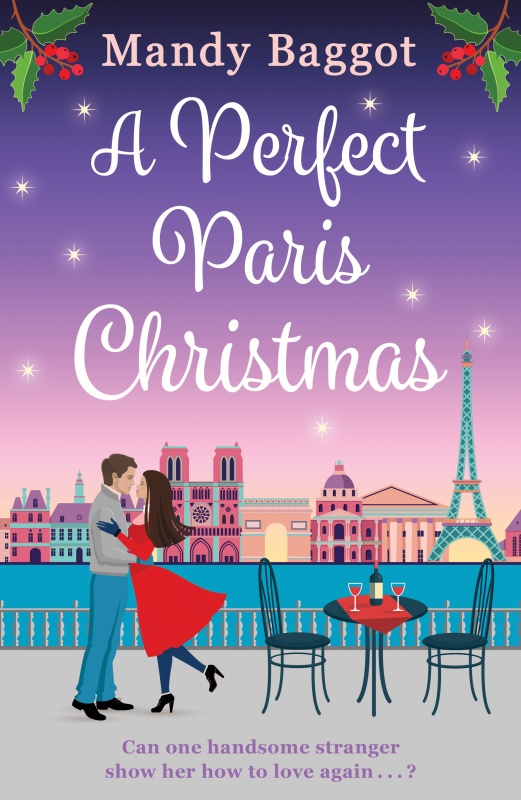 It’s lovely to be welcoming back Mandy Baggot to Novel Kicks and the blog tour for her latest book, A Perfect Paris Christmas.

Keeley Andrews knows more than anyone that you only live once. So when she receives an invitation to spend two weeks in Paris, all expenses paid, she jumps at the chance.

Ethan Bouchard has had the worst eighteen months of his life. He’s ready to give up on everything, including his hotel chain. So when he meets Keeley, it simply isn’t the right time.

As Keeley and Ethan continue to bump into each other on the romantic Parisian streets, they can’t help but wonder whether this is fate telling them to let go of the past and leap into the future…

Mandy and Aria have shared an extract today so grab that drink, a comfortable chair and chocolate. You could even sneak a couple of Christmas songs and enjoy.

‘Duncan, not that awful disco ball of your mother’s again! Please, I beg of you. Last year it gave Lydia Mumford some sort of aura migraine before I’d even served the Waitrose arancini,’ Lizzie Andrews said, raising her eyes and glaring at her husband who was stood precariously at the top of a stepladder. He was about to fix the large revolving silver sphere to a hook above the kitchen island where, on the hob, something containing cranberries was simmering.

Twenty-six-year-old Keeley hid her face in her mug of super-hot, extra-strong coffee and tried to stop a laugh from escaping her lips. Her parents’ conversation over her long-since-passed-away gran’s festive regalia had been treading the same path since the decorations had been left to them in the will. Her mum had always insisted it was because the old lady never liked her.

Joan loathed me. Loathed me, Duncan. Right from the get-go. Ever since the first time I came to your house with peonies for her and she shoved them in an empty tin of Heinz beans as a vase. That was when the die was cast. 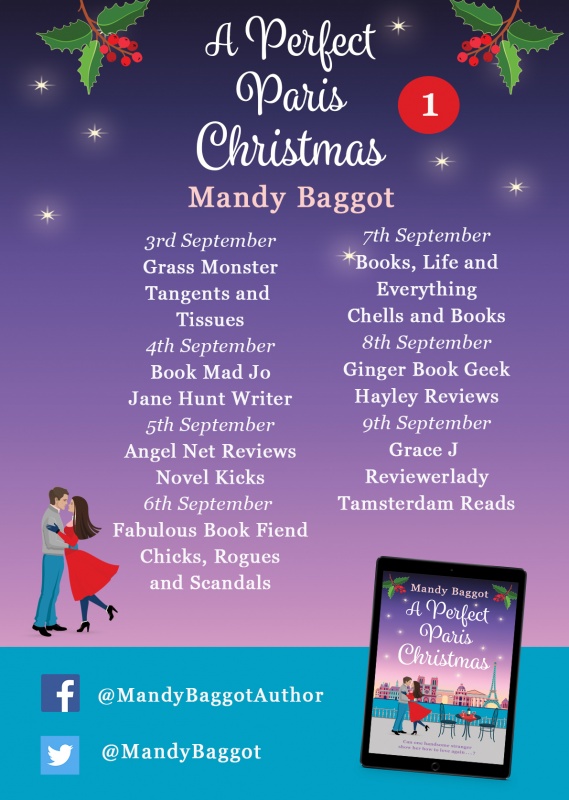 But Keeley liked the decorations. None of them matched together – there were vibrant purples and emerald-greens alongside 1980s-style robots swinging on bunting and Chinese paper lanterns that probably should have caught alight long ago. At first glance, they might not seem to correlate, but somehow they worked. Her sister, Bea, had loved them too. Bea would always be fighting their dad for use of the ladder, having somehow actually worked out complicated things about balance, or the optimum angle to enable the globe to spin in a completely symmetrical way that would please Lizzie’s need for order. Bea had always plunged into things with full-on gusto but never without the knowhow to back it up.

Thoughts of her little sister made Keeley’s heart squeeze and she took another sip of the coffee before the toaster popped with the crumpet she was cooking.

Lizzie shook her brown curly hair and sniffed, nose in the air like a prized perfumier. She dropped the pinecones she was painting to the newspaper-covered work surface. ‘What’s that smell?’