Blog Tour: After The Storm by Isabella Muir

Book Review: After The Storm by Isabella Muir 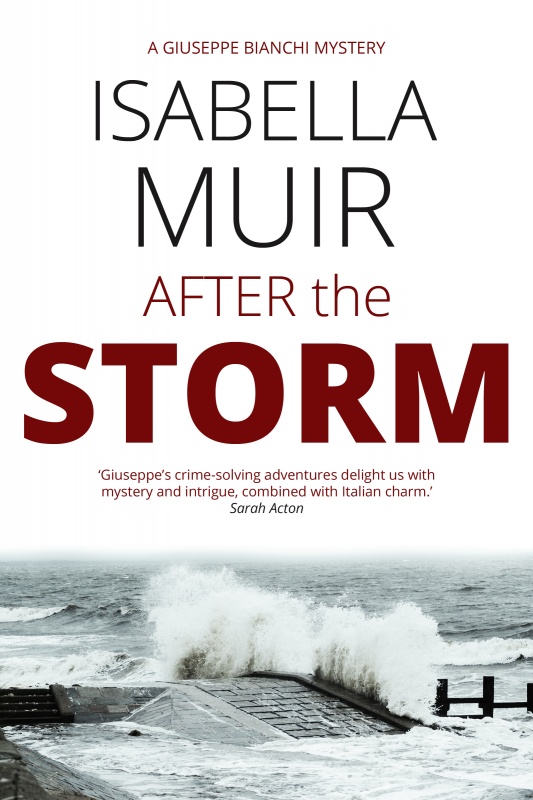 When a violent storm blasts England’s south coast, it’s up to retired Italian detective Giuseppe Bianchi to sift through the devastation and piece together the tragic events left behind in the storm’s wake.

Giuseppe Bianchi’s brief visit to Bexhill-on-Sea has become an extended stay. He is loath to return to his home in Rome because of the haunting images that made him leave in the first place.

During his morning walks along the seafront with Beagle, Max, he meets Edward Swain, who becomes Giuseppe’s walking companion. They form a friendship of sorts and find they have a similar outlook on life.

But the devastating events of a single night lead Giuseppe to question the truth about Edward Swain. Teaming up with young journalist, Christina Rossi – his cousin’s daughter – Giuseppe learns about the brutal reality lurking behind the day-to-day life of families in the local community. And as the story unravels Giuseppe is reminded how anger and revenge can lead to the most dreadful of crimes.

After the Storm is the second novel in the Giuseppe Bianchi mystery series – the much awaited sequel to Crossing the Line.

I was very excited to be included in the blog tour for After the Storm which is the second novel in the Giuseppe Bianchi mystery series.

Ex Italian Detective Giuseppe Bianchi is staying with his cousin’s family in Bexhill. When the town gets hit by a terrible storm, he soon finds himself investigating the death of a friend.

From page one this book had me intrigued. I was a little concerned about whether I would be able to keep up with the story as I have not read the first book in the series, Crossing the Line. I had nothing to worry about. After the Storm can easily be read as part of the series or as a standalone.

There is such a calm at the beginning of the book that I really did feel, like a storm, that the narrative was building up to something and this added tension and suspense. Add in the mystery that Giuseppe is trying to solve and this made this book hard to put down.

I also loved the fact that it was based in the 1960’s. I am a big Beatles fan so I have always wondered what it would be like to live in the 60s. It was the decade of change and you can really feel that in the plot; like everyone and everything is on the verge of something bigger. I could realty imagine myself there, at Mario and Anne’s café, sipping tea as I look out over the sea.