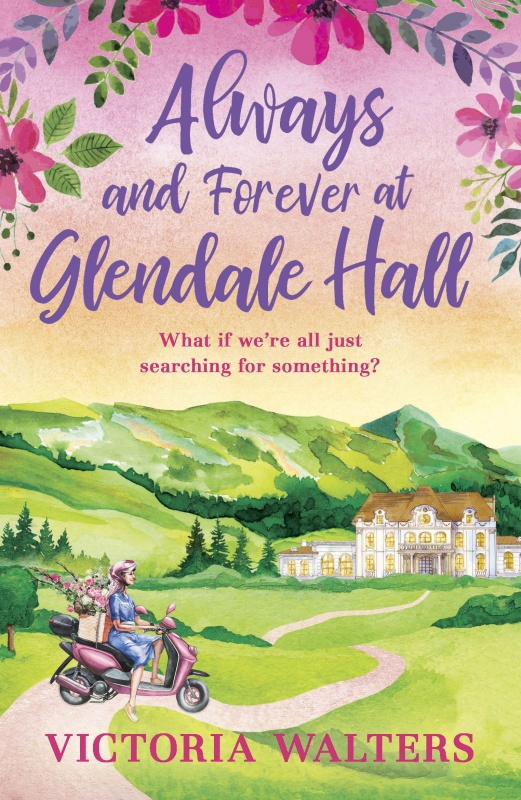 What if we’re all just searching for something?

Anna Stewart is lost. After barely surviving a car accident as a teenager, Anna is scared of settling. Flitting between jobs, boyfriends and homes whenever she gets bored, she has no idea what the future holds. Then her brother Brodie, minister of Glendale, suggests she moves to the beautiful Scottish village, lining up a housekeeper job for her at Glendale Hall.

Out of options, Anna agrees to the move, knowing that she can always run away again. Once at the hall, her culinary skills impress everyone, and she agrees to give Hilltop Farm’s new manager, Cameron, cooking lessons. Sparks fly between Anna and the handsome Scot, but Cameron is looking for love – something that Anna definitely isn’t.

But it’s wedding season at Glendale Hall, and Anna is about to discover that her new home has a way of working its magic on even the coldest of hearts. Will she really be able to just walk away, or could Anna have finally found a place to belong?

It’s summertime in the beautiful Highlands village of Glendale – pack your bags and come on holiday with this gorgeously uplifting, romantic read. Fans of Milly Johnson, Heidi Swain and Holly Martin will love this charming romcom.

Anna never likes to stay in one place too long. She’s running from her family and a past she blames herself for.

When circumstances mean that she has to take a job for the summer in Glendale, she isn’t happy about being near her brother. However, as it’s only for a couple of months, she puts her head down and get on with things.

Can Glendale work its magic on Anna like it has for other village residents?

Always and Forever at Glendale Hall was my introduction to the series but this can be read as a standalone or first if, like me, you’ve not read the previous three novels.

I found Anna to be a relatable character. At the start, she seems so lost. She has a persona of strength but there is such a vulnerability to her because of an accident she had when she was thirteen.