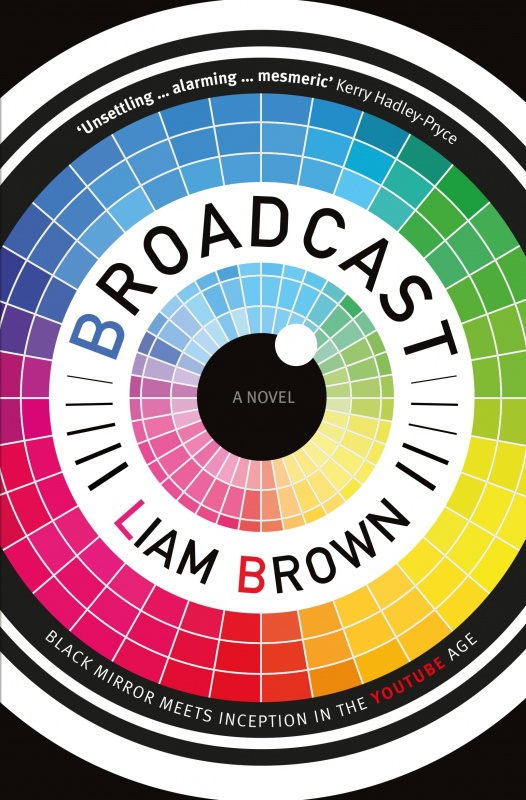 I am delighted to be saying hi to Liam Brown today and kicking off the blog tour for his new novel, Broadcast which was released by Legend Press on 15th September 2017.

The idea behind MindCast is simple. We insert a small chip into your skull and then every thought, every feeling, every memory is streamed live, twenty-four hours a day. Trust me – within a few months you’ll be the most talked about person on the planet.

When David Callow is offered the lead role in a revolutionary new online show, he snatches at the opportunity.

Rapidly becoming a viral sensation, David is propelled to stratospheric levels of celebrity. However, he soon realises the downside of sharing every secret with the world.

A prisoner to both his fame and his own thoughts, David seeks to have the chip removed, only to discover the chilling secret lurking at the heart of MindCast, and the terrifying ambition the show’s creator has for him.

Broadcast by Liam Brown follows David. He makes his living making videos and sharing every aspect of his life on the internet. When he is recruited to try a new technology that will take his videos to the next level, reluctantly he agrees.

Little does he know what he is letting himself in for and how much of himself he will reveal to the viewing public of the world.

The premise of this book interested me even before I started reading. It has been billed as a ‘Truman Show like nightmare for the You Tube generation,’ and that is a pretty accurate description.

This book explores the themes of the current social media obsession. The need to share aspects of our lives with strangers. When we meet him, David thinks he has the world at his feet. His videos make him a comfortable living and he seems to be happy sharing his life with the world.

Many of the characters in this book felt untrustworthy to me and like David, I didn’t know who was on his side. The doubt and confusion David feels comes across so well.

Like the internet, not a lot is as it seems. Broadcast also makes me think of the saying, ‘be careful what you wish for.’

Once he has signed himself up, it was intriguing to see how he copes with it and how much of his privacy he is really surrendering. This book, despite having finished it is one I just can’t get out of my head.