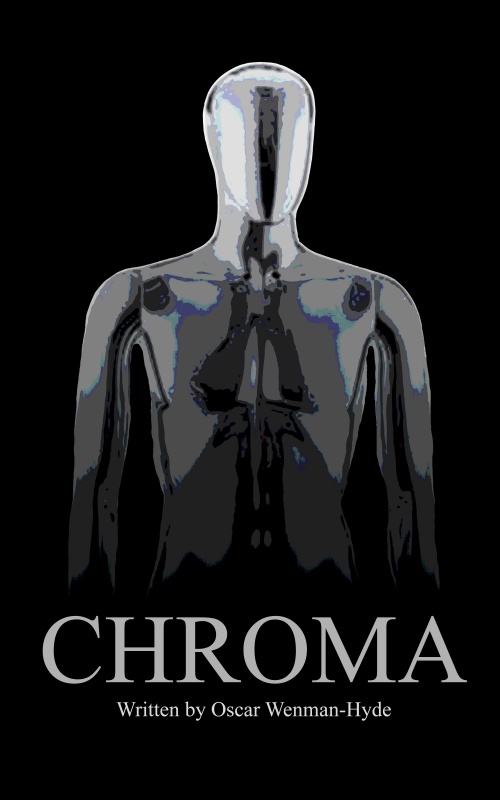 When Riley watched Chroma, the latest movie by Armani Manora, he had no idea how much his life was about to change.

Riley’s parents, Jean and Paul, are currently getting divorced, and they have managed to keep the situation hidden from Riley, until now.

They were unaware of the effects this was having on Riley’s emotional and mental well-being, and as tensions rose at school and at home, he was visited by a voice in his bedroom. Before too long, he began a journey that was not only dangerous, but eye opening.

Chroma explores the rapidly changing family dynamic throughout divorce, and how a child’s imagination can take them to unknown places. It is emotional, insightful and a moving story which not only teaches us how to be an adult, but how to be a child.

This book focuses on a family where the parents are separating. In the middle of that is their young son, Riley. Whilst his parents do their best to keep the worst of the divorce away from him, Riley escapes into the world of movies, regardless of whether they are suitable.

One night he starts to hear a voice in his bedroom and when he discovers things he doesn’t want to face, he runs away and ends up alone in the woods.

For me, it took a little while to settle into this book but once I did, I found that I wanted to keep reading to find out how it ended for Riley.

It is clear that Riley is a very lonely, vulnerable character. He’s a child who only has one best friend and so I felt that his escape into the movies he watches gives him the friendships he doesn’t have in reality. He doesn’t have much beyond his family life which is falling apart around him.