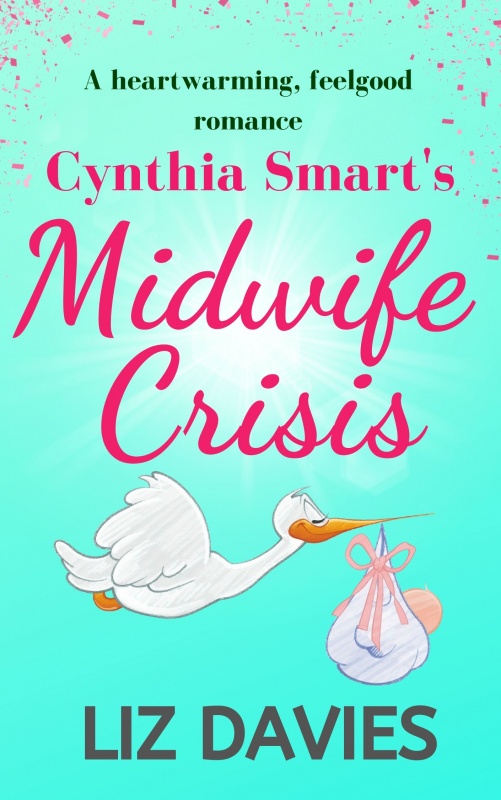 At forty-four, Cynthia Smart is exactly where she wants to be. Almost.

In a couple of years, she’ll be the CEO of the company she’s spent her most of her adult life working in. For now, though, she’s still busy shimmying up the greasy pole of corporate business. She’s single, carefree, and independent, and nothing can stop her getting what she wants and deserves.

Until she discovers she’s pregnant.

Determined to have her cake and eat it, she’s convinced that having a baby will make little difference to her life, and that she will be one of those women who can hold down an incredibly demanding job and also be a perfect mother.

But as her pregnancy progresses and her life slowly falls apart, she has the sneaking suspicion that Max Oakland, the new guy on the block, is out to steal her dream job. That she’s terribly attracted to him doesn’t help, nor does the fact that he’s devilishly handsome, appears to be a really nice fella, and is good in a crisis.

When she gradually comes to realise that something has got to give, what she doesn’t want it to be is her heart.

I am pleased to be taking part in the blog tour for Cynthia Smart’s Midwife Crisis.

Cynthia Smart’s career is riding high. In her forties, she is on the verge of a promotion despite the appearance of a mysterious new work colleague, Max.

Then she finds out she is pregnant. Having pretty much written off ever being a mother, a baby wasn’t something Cynthia had factored into her life plan.

This was one of those books that had me hooked from page one.

Told from Cynthia’s point of view, the writing style is lighthearted and easy to get into and I pretty much read it across a couple of sittings as I didn’t want to stop reading.

Cynthia is one of those frustrating but loveable characters. She has no idea what is about to hit her especially when she decides that two weeks is enough time to go back to work after the birth.