Blog Tour: Daughter of the Sea by Elisabeth J. Hobbes

Book Extract: Daughter of the Sea by Elisabeth J. Hobbes 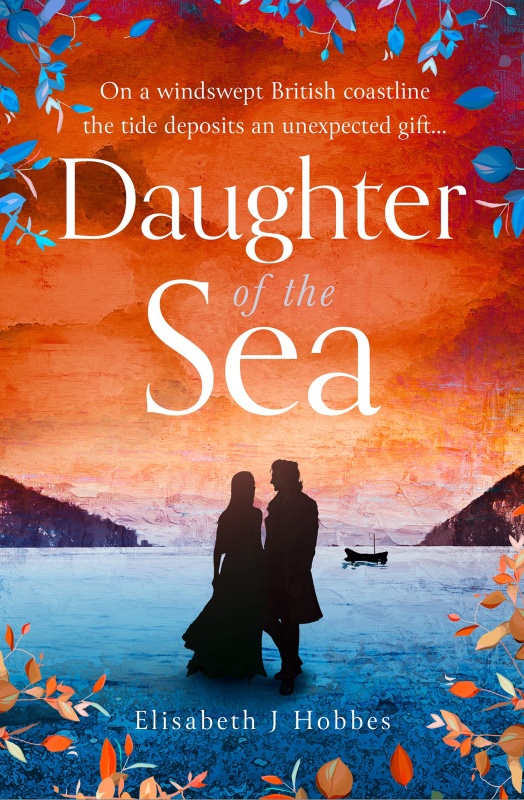 I am very happy to be welcoming Elisabeth J. Hobbes to Novel Kicks today and the blog tour for her new novel, Daughter of the Sea.

On a windswept British coastline the tide deposits an unexpected gift…

It was the cry that she first noticed, the plaintive wail that called to her over the crash of winter waves. Wrapped only in a sealskin, the baby girl looks up at Effie and instantly captures her heart. She meant only to temporarily foster the young orphan but when news reaches Effie that her husband has been lost at sea, and months pass without anyone claiming the infant, she embraces her new family – her son Jack and her adopted daughter Morna.

Effie has always been an outcast in her village, the only granddaughter of a woman people whisper is a witch, so she’s used to a solitary existence. But when Midsummer arrives so too does a man claiming to be Morna’s father. There’s no denying Lachlan is the girl’s kin and so Effie is surprised when he asks her to continue looking after his daughter, mysteriously refusing to explain why. She agrees, but when he returns six months hence she pushes him for answers. And Lachlan tells a story she never anticipated … one of selkies, legend, and the power of the sea…

Elisabeth has shared an extract with us today. Enjoy.

Effie Cropton has been gathering seaweed on the beach at Allendale Head. While there she rescues a basket floating out to sea and discovers a baby girl. She returns to the village and, after a brief conversation with her friend Walter, goes to visit her grandmother and collect her son.

“Effie, is that you?” Alice called from inside the pantry. “Wrap the seaweeds in the damp dishcloth will you?”

Effie did as she was asked, keeping some back for herself. Alice used it for her poultices and ointments. Effie liked to paint it.

“Why are you wearing Walter Danby’s coat?” Alice asked, as she bustled into the kitchen. Her sharp eyes narrowed suspiciously as she looked at Effie. “Your husband is away and I didn’t think you the type to carry on with another man.”

“I’m not carrying on with Walter and you know it,” Effie said indignantly. “I’ve been faithful to John for our whole marriage.”

John Cropton was ten years older than his wife and had been a bachelor longer than many thought he should, given his looks. He was shy and particular in his ways, and it had surprised everyone in the village when he asked Effie to marry him. People were perhaps less surprised at why when Effie’s belly began to swell after too few months of wedded bliss for the numbers to add up.

Whether Effie had trapped John or John had trapped Effie into marriage was the subject of some debate among those who enjoyed speculating. Perhaps neither of them had intended to trap or be trapped, but the end result was the same. The man whom the village had believed would end his days a bachelor found a wife, and Effie had fallen from the middle to the working class.