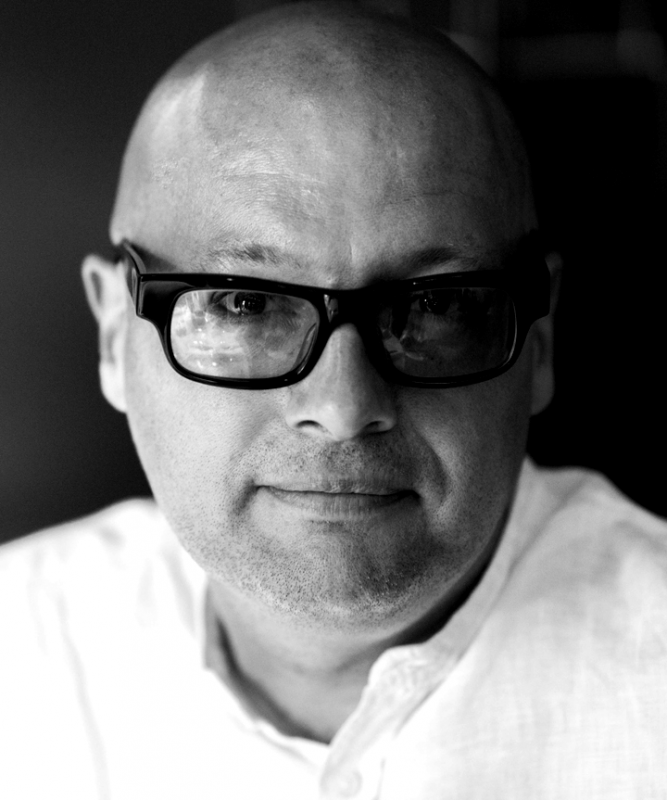 Hi Des, thank you so much for joining me today. Can you tell me a little about your book, Dead and Talking and what inspired it?

It’s lovely to be here. Thank you for the invite. The novel is about a man who is forced to atone for the “sins” of his family by a sort of ghost – think It’s a Wonderful Life’s Clarence! – And he can only do that by righting some historical wrongs. He’s given the gift of being able to peer into the last moments of dead people’s lives if he’s near their remains. Which sort of helps. He’s a natural sceptic and thinks he’s going a bit mad but picks up some fellow travellers who help him. It quickly becomes an ensemble piece. Although set today, the first case he has to solve is of a private shot for desertion in WW1. He soon finds it is linked to his own family history.

It’s dark in places but is also funny because he and his helpers are all so reluctant to believe any of it is happening. There are some Ealing Comedy moments too. Tone-wise, it’s in the same ballpark as Hitchhiker’s Guide to the Galaxy. Though, as I say, the dark moments are pretty dark.

It was inspired by a few actual events from WW1. After I started plotting it, I also had to make a film about the role of soldiers from the Empire who fought for the British. I spent some time in Ypres, at the In Flanders Fields Museum and at some locations not open to tourists. It all sort of fitted together. Actually, doesn’t this show how research doesn’t just adorn the plot, it can become the plot?

I nearly always get up and go to a local coffee shop to get started for an hour or two on my laptop. I like to see the world go by before I hunker down behind the closed doors of my office. I write between 1-4 hours a day because I’m a filmmaker by trade and that takes up a lot of time. I wish I could spend more time writing.

How did your background in journalism help with writing your book?

Many ways. Not having a fear of the blank page helps a lot. Knowing how to plan, how to sub, how to edit. Knowing the importance of drafts and revisions. Welcoming constructive criticism and actually acting on it.

But it’s also in the people I’ve met. I’ve spent a lot of quality time with Normandy veterans and other soldiers. Also, my starting point has always been a journalistic one of trying to see both sides of an argument and so, though a natural sceptic myself, I’m able to suspend that disbelief while writing, simply by putting myself in the mind of someone who does believe. Sceptic or not, who doesn’t love the idea that there are ghosts?

What would your reaction be to a ghost? It would scare the hell out of me.

I’m a journalist. A sceptical journalist. But not a cynical one. I will never, ever believe there are ghosts until I see one myself though. I don’t care who else tells me. But if I did see one, I would use it as a basis to explore how I’d been wrong all this time. Sadly, I haven’t seen one – though I’ve seen quite a bit of death and spent a ridiculous amount of my life in cemeteries when I was younger. Always been a bit morbid.

I’d kill to see one. Even if I was afraid, I’d be delighted.