Blog Tour: Falling for the Competition by Jen Smith

Book Extract: Falling For The Competition by Jen Smith 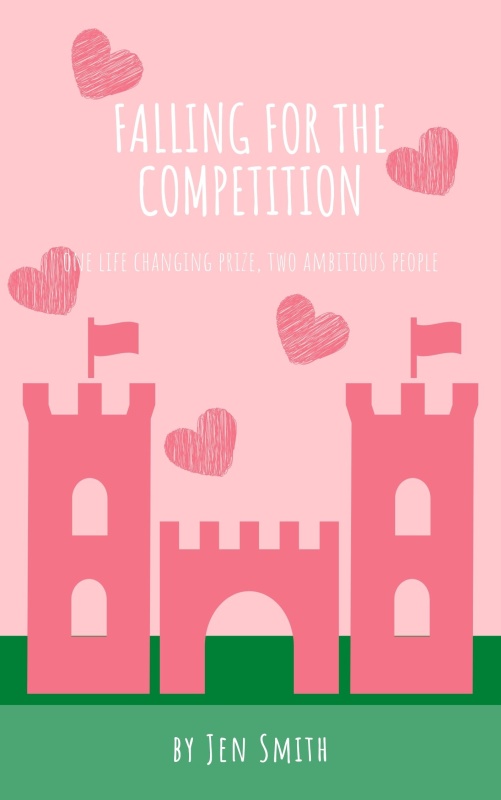 I am pleased to be welcoming Jen Smith to Novel Kicks today with the blog tour for her novel, Falling for the Competition.

It’s going to be the best summer ever for ambitious, overachieving Quinn. A huge history buff, not only has she landed her dream job interning in the archives department of the local castle, but her best friend will be working there too.

However, Quinn isn’t the only one to be working in Archives this summer; Quinn’s academic rival, Patrick, is sharing her office in Muniments. They’re competing for the Letter of Recommendation (singular) from the research historian that Quinn needs to get her dream future placement.

Their emotionally-loaded and competitive rivalry turns into a reluctant friendship, as they spend every day working together in silence (and sharing the occasional Twix). Until the Re-Enactors arrive. Between Patrick and Harry – the Golden Knight of the jousting team – Quinn’s carefully planned summer is thrown into complete disarray. Meanwhile, her best friend’s relationship may look perfect on the outside, but Quinn is starting to realise that there’s more going on than there seems.

Although Quinn is determined and single minded about planning every detail of her sparkling future, she comes to discover that the best things in life are the spontaneous ones – and that some people are more important than any Letter of Recommendation (singular) could ever be.

Jen has shared an extract today. Grab a hot drink, a comfy spot on the sofa and enjoy.

One thing that you need to know about Frankie is that she’s kissed exactly two boys (Nathan and Jack) and has had exactly one boyfriend (Jack). People always make out that she’s had loads of boyfriends and has shagged around a bit. But she hasn’t. People make judgements on what other people wear and it’s not fair. I tell Frankie that those bitches in our year started saying those things because they’re jealous that she does her own thing. So what if she likes to wear short shorts, or massive heels, or pillar box red lipstick, and doesn’t care what other people think?

“So he’s working in archives too?”

“Yeah,” I nod, taking a bite of my chicken sandwich, and I tell her quickly about how annoying he has been already this morning, telling me what to do, sucking up to Lisa.

Frankie sits up and squints at me through the sunlight, ripping her eyes away from a vehemently arguing couple. “So, what’s your plan then?” She says dramatically.

“What plan? Plan for what?”