Blog Tour: In Too Deep by Elly Redding

Book Extract: In Too Deep by Elly Redding 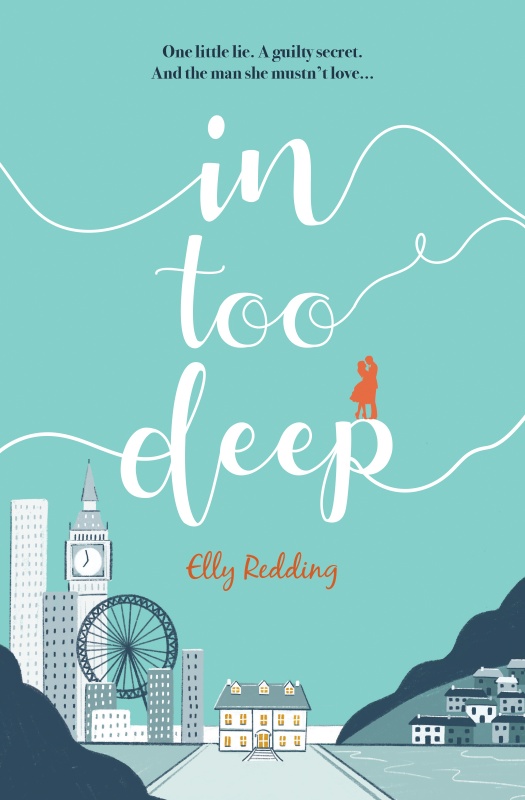 Hello and welcome to Elly Redding and the blog tour for her novel, In Too Deep which was released by Silverwood Books on 3rd February.

Set in the rolling countryside of Devon, ‘In Too Deep’ is the emotional story of a woman’s determination to win the trust of the man she’s adored since they were thrown together as children, by forcing him to confront the darkness of his long-lost past.

One little lie. A guilty secret. And the man she mustn’t love…

It’s been six years since Isy Forrester left home. In that time, she’s strived to forge a new life for herself in London, away from Jack Mancini, her father’s adopted son, and his devastating betrayal of everything she thought they had.

Only now her father’s in hospital, and the house that’s been in her family for generations is at risk. Forced to return to Devon, she finds Jack as infuriating and stubborn as ever, and just as irresistible. Soon she realises the bright lights of London can’t hold a candle to him.

But Jack has a past, one which he refuses to share with her. And until he can trust her with these deepest secrets, how can she risk her heart? How can she even begin to help him, when he won’t tell her what happened all those years ago – before her father brought him home to Hambledon Hall?

Elly has shared an extract from In Too Deep today. Enjoy!

‘You’re quiet tonight, my lad,’ Frank said, as Jack stared down at the iPhone in his hand. ‘And checking that constantly isn’t going to bring her back any sooner.’

Jack knew that. Of course, he knew that and part of him wished the damned thing hadn’t been invented. Only he was waiting for a text that hadn’t come. A WhatsApp message to tell him she’d left and was on her way home.

‘It’s almost seven o’clock,’ Frank said, checking his watch. ‘Why don’t you try to phone her and tell her to wait until tomorrow? Then you can go out with your mates, and I won’t have to worry about her driving back in the dark?’

‘I tried,’ he said, trying to shrug it off, as though it was of no consequence. ‘She didn’t pick up.’

‘You’ve got to stop doing this, you know,’ Frank said, leaning towards him. ‘You’ve got to let her go. You did it before. You can do it again.’

‘She was too young. She wouldn’t have understood.’