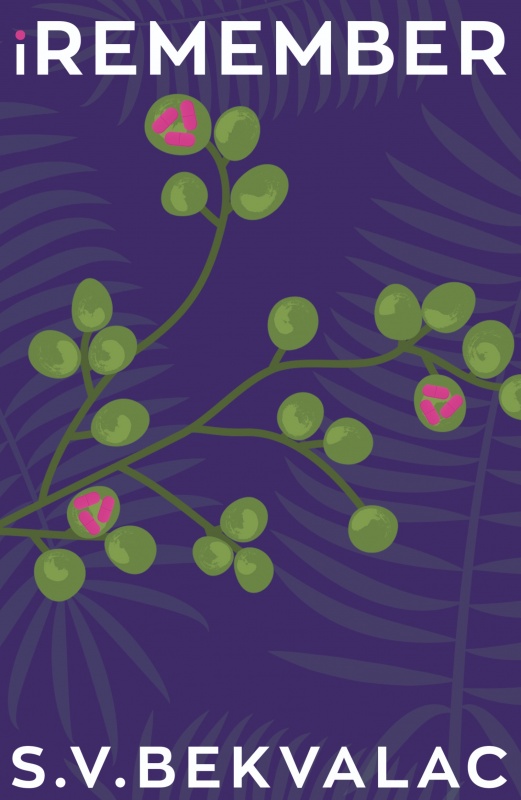 A big welcome to SV Bekvalac and the blog tour for her fabulous sounding novel, iRemember. Here’s a bit about the book…

The city of iRemember shimmers in the desert haze, watched over by the Bureau, a government agency that maintains control through memory surveillance and little pink pills made from the narcotic plant Tranquelle.

It looks like an oasis under its geodesic dome, but the city is under siege. ‘Off-Gridder’ insurgents are fighting to be forgotten.

Bureau Inspector Icara Swansong is on a mission to neutralise the threat. Her investigation leads her into iRemember’s secret underbelly, where she finds herself a fugitive from the very system she had vowed to protect. She has to learn new rules: trust no one. Behind every purple Tranquelle stalk lurk double-agents.

A sci-fi noir with a psychedelic twist, iRemember explores the power the past holds over us and the fragility of everything: what is, what once was, and what will be.

Government Inspector Icara Swansong, Bureau Rank 4, has been sent into Desert Ring 2 to collect evidence on a suspected insurgent (Off-Gridder) ring-leader, Lucian Ffogg. She has only just arrived. And already things aren’t adding up. Here she is, trying to connect to the mnemonic surveillance network iRemember to help with her investigation. It’s a network of absolute surveillance. Yet she can’t get through. Which shouldn’t be possible. As she tries and fails to get a connection, we learn more about Icara’s mission and the Bureau’s internal power struggles, as well as discovering what it is that Icara wants. Really wants. More than anything. And it has nothing to do with her mission in the Desert…

…iRemember remembered everything. There couldn’t be nothing on file. Every time she tried to access an engram – the endless spiralling circle. She was getting tired of waiting.  She didn’t feel safe out here. Noises were making her feel quite jumpy. She expected an Off-Gridder ambush at any moment. She felt for the tube of Liquid Scream and her service weapon in its holster.

Lucian’s psych-evaluation had not been flagged red by iRemember. If it had, the situation would have been much easier to deal with. She would have landed in the Lot, and, enacting Bureau Code Points 79-100 (Serving Employees whose Mental Processes Make Them Unsuitable for Service) she would have stuck an enormous hypodermic syringe deep into Lucian Ffogg’s neck. The Code outlined exactly what she would do with him then. None of it involved pretending to inspect the guttering or looking at rooms full of ancient computers.

The Lot had been flagged as part of a large interior operation. Nicknamed Project Eraser by the Board, it was an attempt to identify and erase any suspected corruption in the Bureau. It was a pet project of the Temple and was being spearheaded by the Bishop.

Only Inspectors with the highest academy scores and with unimpeachable records of comportment were selected to join Project Eraser. Icara had been among them.

She believed in iRemember. She loved the Bureau, that old concrete block, with a glass dome on top in the shape of a pre-frontal cortex. And as soon as she stepped into the Bureau building, she had known exactly what she wanted. She wanted to be architecturally elevated. Up on the top floors, with the decision makers. And eventually, she wanted to hit the ceiling. By which she meant she wanted to be at the very top. Sitting in Frome’s big green Chesterfield. 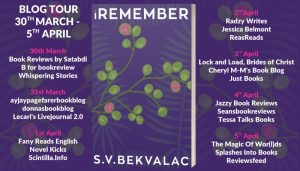 Icara was proud to be involved in Project Eraser. Partly because she thought it would get her closer to the top. But also because she really believed in iRemember. She believed that it was possible to make the City a better place. She believed in the rule of law and the importance of working for the greater good. The Bureau had always been beset by corruption. But in the ten years since Icara’s graduation from the Academy, there were increasing whispers that the Bureau was actively covering up criminal activity. Still only whispers. For the moment.

Icara was convinced that the Bureau was ultimately a good place. So it was a little dirty. That could be cleaned up. There was no place in the State for people like Lucian Ffogg. People who did not respect the rule of law. People who put the stability of the City in danger. People who fraternised with insurgents.

With Helena Frome leading it, the Bureau could never really be corruption free.