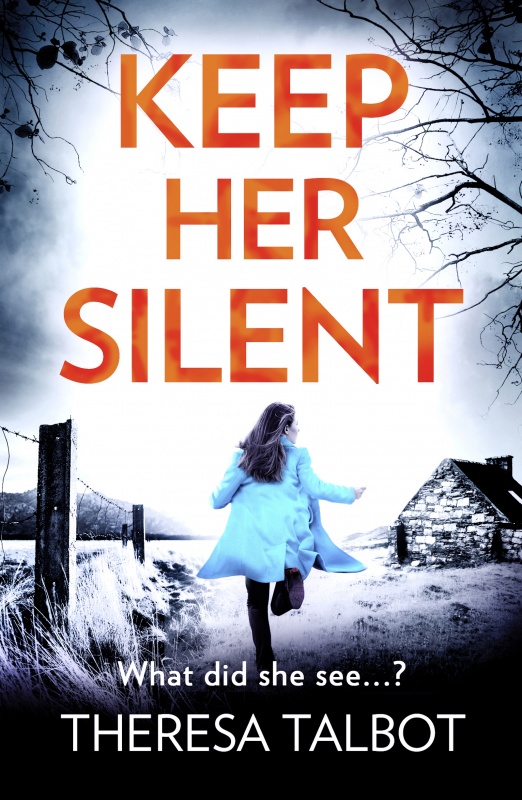 he blog tour train rolls in today for Keep Her Silent, the new novel by Theresa Talbot.

Ooonagh O’Neil is back with another dark and chilling investigation… ͚Do that which is good and no evil shall touch you͛ That was the note the so-called Raphael killer left on each of his victims. Everyone in Glasgow – investigative journalist Oonagh O’Neil included – remember the murder of three women in Glasgow which sent a wave of terror through the city. They also remember that he is still at large…

When the police investigation into the Raphael killings reopens, Oonagh is given a tip off that leads her straight to the heart of a complex and deadly cover-up. When history starts to repeat itself, it seems the killer is closer than she thinks.

Could Oonagh be the next target…? Authentic and gritty, Keep Her Silent is a gripping and page-turning thriller that will leave you breathless.

Theresa and her publisher Aira have shared an extract with us today. Enjoy.

Oonagh drove north along the coast road, the same one her dad took her on as a kid.

Maidens beach stretched out to her left, white horses crashing against the shore; the silhouette of Culzean Castle perched on the hilltop contrasted against the early evening sunlight. She turned left onto a single-track road and eased her car through the woodland area until she got to the clearing. It didn’t matter how many times she’d visited, the sight of the castle always made her catch her breath. Nestled in the crook of the Ayrshire coastline, the gardens enjoyed an almost tropical micro-climate from the Gulf Stream.

She’d arranged to meet Maura Rowinson at seven. The estate was part of a National Trust property, but Maura had assured Oonagh she could access the castle after closing as she had rented an apartment.

Oonagh followed the road round to the right of the main castle to the luxury holiday apartments and parked in the courtyard. There was only one other car there, an MG, British racing green. Oonagh parked alongside and switched off the engine.

She caught a brief glimpse of someone at the window, but her arrival would have been obvious for several minutes given the length of the drive. As she got out of the car a slight flutter of nerves played on her chest, but she’d left Gerry, her production assistant, in a pub less than three miles away with a mobile phone, access to a landline and instructions to call the cops if she didn’t check in within the hour.

A middle-aged woman with blonde hair tied back in a ponytail came out to greet her. She looked familiar, but Oonagh couldn’t place her. ‘Oonagh.’ She stretched out her hand; Oonagh smiled.
‘Maura? Good to meet you. In person,’ she added and allowed herself to be led inside and through to the main room, which looked out onto the Firth of Clyde.

There wasn’t much that still impressed Oonagh, but this view did. She stood at the window.

‘Wow, this is magnificent.’