A Moment With… Iain Maitland 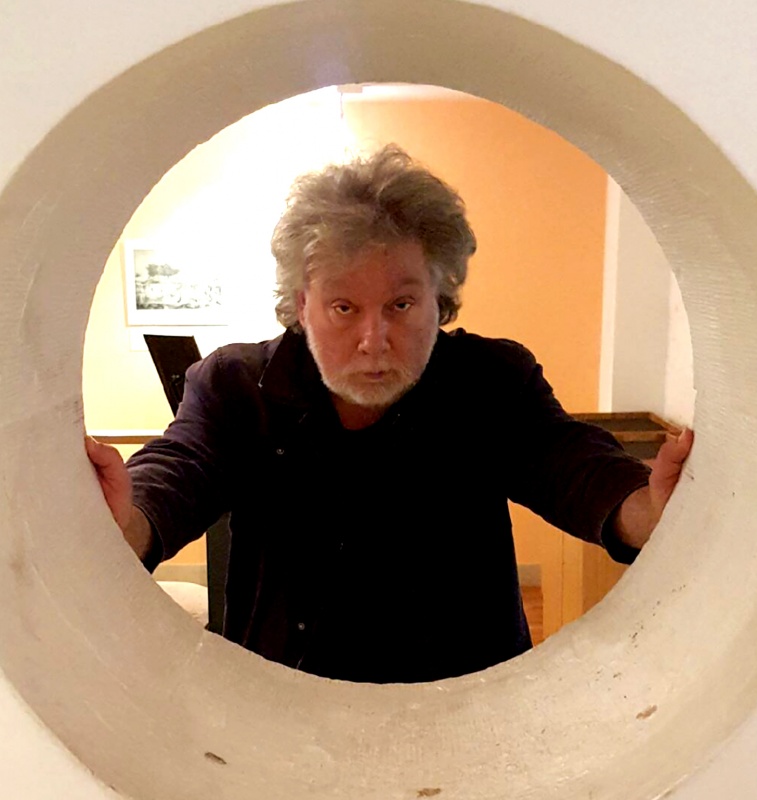 Iain Maitland has joined me today with the blog tour for his latest novel, Mr Todd’s Reckoning.

Behind the normal door of a normal house, in a normal street, two men are slowly driving each other insane. One of them is a psychopath.

The father: Mr Todd is at his wits end. He’s been robbed of his job as a tax inspector and is now stuck at home… with him. Frustrated. Lonely. Angry. Really angry.

The son: Adrian has no job, no friends. He is at home all day, obsessively chopping vegetables and tap-tap-tapping on his computer. And he’s getting worse, disappearing for hours at a time, sneaking off to who-knows-where?

The unholy spirit: in the safety of suburbia, one man has developed a taste for killing. And he’ll kill again.

Iain is chatting today about getting into Mr Todd’s head for the novel. Over to you, Iain.

Mr Todd’s Reckoning tells the story of two men, Mr Todd, the father, and Mr Todd, the son, living in a small, rundown bungalow during a long and endless summer heatwave. The younger Mr Todd is unemployed and has various mental health issues. The older Mr Todd has just lost his job and is angry and frustrated. Each man drives the other mad. 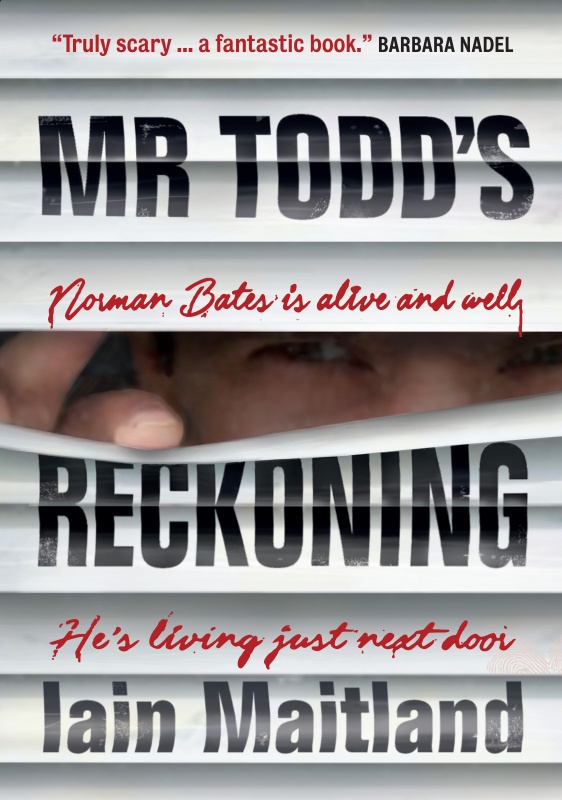 Getting inside Mr Todd’s head – both heads really, the father and the son – was easy to do. The two men were based, at least to begin with, on my eldest son, Michael, and me. I was writing from deep within myself.

Michael went to university, as so many teenagers do, away from home. He struggled with issues of low self-esteem and anxiety when he was there. Left unchecked, these turned eventually into depression and anorexia. He spent time in hospital and five months in The Priory. For a while, we thought we would lose him, either through anorexia or by taking his own life.

I understand now, to some degree, how someone with mental health issues thinks and acts. I read some of Michael’s diary entries from when he was in the Priory – they were the basis of a memoir we wrote together when he was getting better, Out Of The Madhouse (JKP Books). The younger Todd began as a fictionalised version of Michael, or someone much like him – someone with some of his issues anyway.

I’ve written in the national media, The Guardian etc, and in a memoir, Dear Michael, Love Dad (Hodder) about my childhood. My father brought his teenage mistress to live in the family home with him, my mother and me when I was six. Strange times, and they got much worse over the years. Lots of intense and negative feelings that I had in my childhood – being unwanted, feeling like an outsider, believing I was useless – were easy to dredge up when I wanted them.