Blog Tour: Murder in the Multiverse by RE McLean

NK Chats To… RE McLean 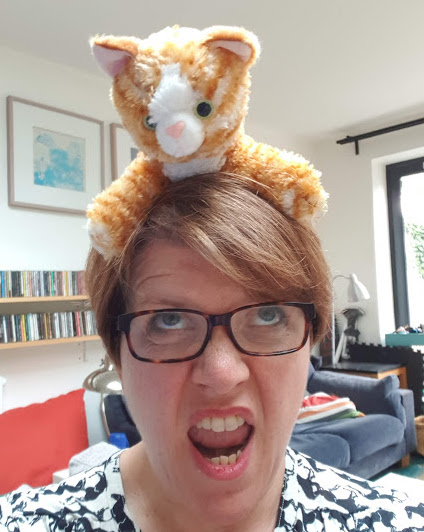 Thanks for having me here! Murder in the Multiverse is a geeky mystery, the kind of thing you’d enjoy if you like Jodi Taylor or Douglas Adams. It’s about Alex Strand, a physics postdoc who finds herself recruited to the top-secret Multiverse Investigations Unit. The MIU is based in the parking lot of San Francisco PD (in a Tardis-like VW campervan) and investigates crimes by visiting parallel worlds where the crime hasn’t happened – yet.

What’s the challenges of writing something like Murder in the Multiverse? Do you have an idea of where you want the series to go?

The main challenge is writing a book where the solution to the mystery always has some kind of link to quantum physics, while not being a quantum physicist myself. I’ve dealt with that by making the physics very silly – hard science this is not!

I have a ten-book outline for the series storyline. Each book will be focused on one specific crime, and take place in a new parallel universe. But the twin threads of Alex’s search for her mother across the multiverse and her growing relationship with Sarita, the mysterious materials scientist, will drive the series plot.

I like to write in my local library, and I have a Spotify playlist to help me focus. And Schrödinger the quantum cat sits on my desk while I write!

If you could go and investigate anywhere, where would it be and why?

Definitely Silicon City, the parallel universe in Murder in the Multiverse. It’s got an augmented reality version of the internet and you can conjure up a plate of cookies just by thinking about it. And all the doors go swish-thunk, like in Star Trek.

Which songs would be on a playlist for this book?

Good question! I’ve been putting together a playlist for Alex and her team, which you can find on Spotify. Alex is into retro tech (and music) and can only get to sleep to the sound of the Cheeky Girls. Her partner, Sergeant Mike Long, prefers easy listening. Alex wants to pull her eardum out with a fish hook when he puts that on the radio.

I normally start a book with a concept, then decide who’s going to have to live with the consequences of that concept, then write the plot around that. Normally the characters come first for me, but I think both character and plot are equally important (and interwoven).

Which other authors have inspired/influenced you the most?