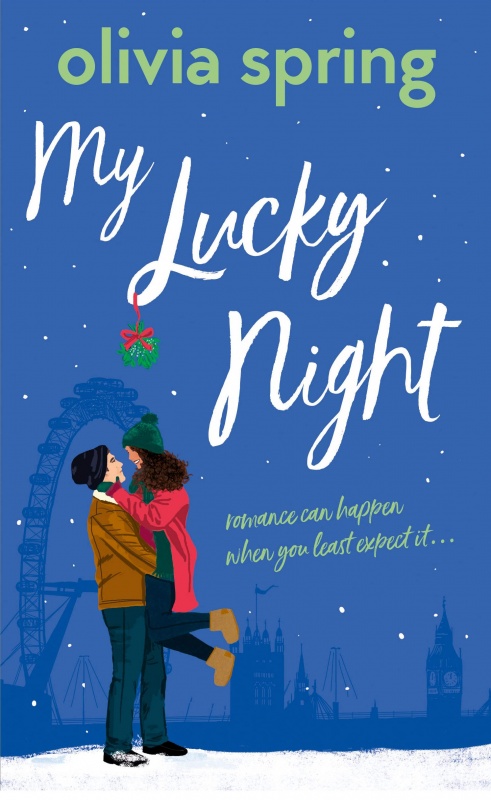 Romance Can Happen When You Least Expect It…

She hates Christmas. He’s about to change her mind…

Cassie isn’t a fan of Christmas. After a string of unlucky incidents during the festive season—including getting dumped—this year she decides to spend the day at home. Alone. No men. No complications.

But then her nightmare boss demands she track down this year’s most coveted Christmas gift—and the only person who can help is an annoyingly sexy Frenchman she’s just met.

Nicolas might look hot, but Cassie can tell he’s also arrogant, irritating and in love with himself. Exactly the kind of guy she hates. Plus, he’ll only help her find the gift if she helps him with something in return…

Could Cassie’s festive fortunes finally be about to change? Can she learn to love Christmas again? And will Cassie get lucky in more ways than one?

Cassie isn’t a fan of Christmas. After a string of bad luck in previous years, she has decided that she’s spending the day at home, alone. No dinner, no tree. She’s simply ignoring Christmas.

When she literally bumps into a handsome French stranger, she dismisses him as rude. However, fate keeps pushing them together. She wonders if Christmas can be magic after all.

This is the second book in the ten-year crush series but can be read as a standalone. I didn’t feel like I was playing catch up at all.

Cassie is a wonderful character. She’s funny, flawed and real. She’s also had a lot happen to her so immediately, I wanted things to work out for her.

Nicolas is a lovely male lead. He’s a bit mysterious to start with and it was great to gradually learn more about him.