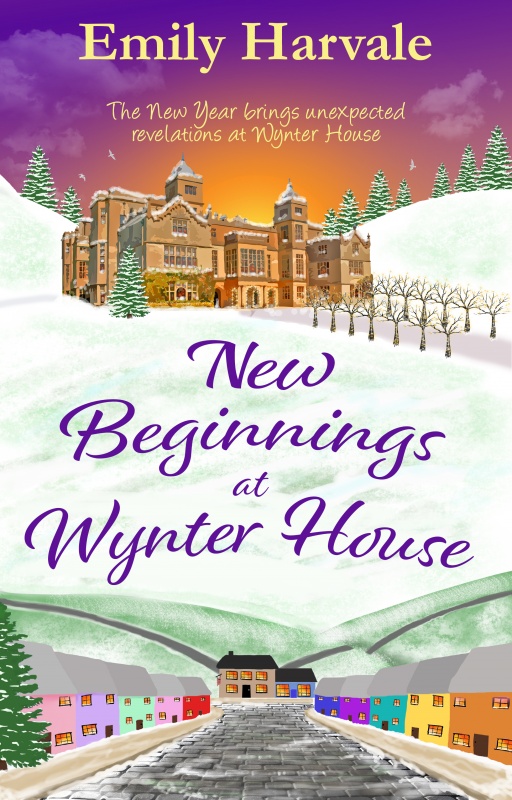 It also brings Hazel Smart and Amelia Goodbody. And it’s not just Adam and Rafe Wynter who are pleased Hazel and Amelia have come to stay. Olivia Wynter will enjoy bossing nurse Hazel around and she also makes it clear Amelia – who is handling the marketing for Rafe’s new business venture – is far more suited to be her grandson’s girlfriend than Neva will ever be.

Whilst Amelia is ensconced at Wynter House, Neva is busy with her new hair and beauty salon in Merriment Bay. Perhaps she should enlist her niece, Sasha’s help because just when she thought she had found the love of her life, old secrets, ghosts from the past, and new arrivals might shatter all her dreams.

At least she has her best friend, Jo Duncan to lean on. But newly single, Jo is determined to have some fun, both at Wynter House and in Merriment Bay. And so is Adam Wynter.

I have fast become a fan of Emily Harvale and was excited to be a part of the New Beginnings at Wynter House blog tour.

Neva Grey’s Christmas was eventful and romantic. She and Rafé Wynter are enjoying their first week as a new couple and are very much in love. Rafé and Adam are looking to launch a new business and not only is Neva opening a new hair salon with her best friend, Jo, her parents are also moving to Merriment Bay.

Unforeseen challenges are not far away though.

The new year sees the return of Amelia Goodbody back to Wynter House and a new face, Hazel Smart.

A shocking family secret will soon be revealed that will change everything.

The cover to this book is so beautiful. I have fallen so in love with Merriment Bay. The setting is one of my favourite things about this novel. I want to move there. I love how all the books are connected by setting and people.

New Beginnings at Wynter house is full of endearing characters. I love Neva and Rafé and I especially like them together. As a reader, I became quite protective of them quite quickly so, like Neva, Amelia’s arrival set me on edge.