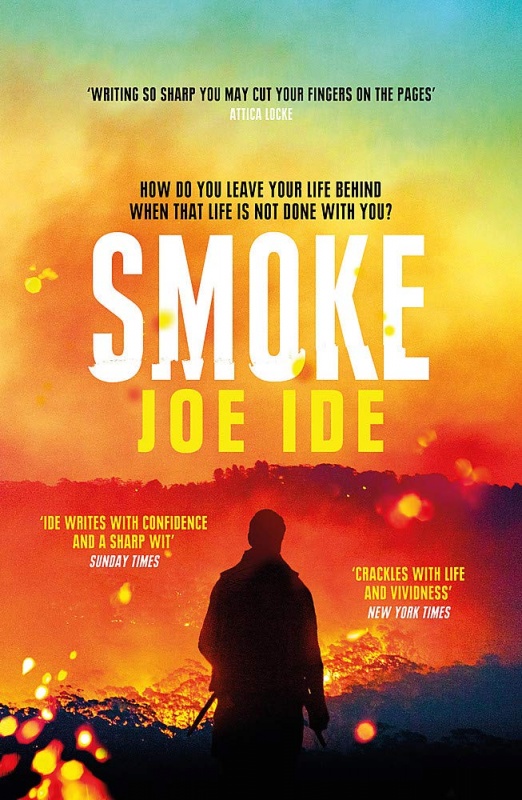 Happy publication day to Joe Ide. His latest novel, Smoke, has been published by W&N.

Isaiah is no longer IQ, the genius of East Long Beach. A man on the road and on the run, he is hiding in a small Northern California town when his room is broken into by a desperate young man on the trail of the state’s most prolific serial killer.

Isaiah’s former sidekick Dodson has also had to change life, in an attempt to keep his wife and child. His devil’s bargain is an internship at an LA advertising agency, where it turns out the rules of the street have simply been dressed in business casual. The ageing company’s fortunes may well rest on their ability to attract a younger demographic and Dodson – ‘the hustler’s hustler’ – just may be the right man for the job.

Both Isaiah and Dodson are at a crossroads, but can they leave their former lives behind for good?

Having not read anything by this author, I wasn’t sure what to expect when I started Smoke. I was a bit concerned, with it being book five in the IQ series, that I would struggle to keep up with the evolved backstory and established characters.

Previous events are touched upon lightly in this book but it can stand on its own. I felt it didn’t hold me back too much in terms of enjoyment.

The plot overall was classic crime thriller but what made this stand out was how it dealt with themes of racial tension, equality and stereotypes. I felt it opened my eyes to situations that I’ve not been exposed to and its handling of these subjects was done well.

It was well written and the story, pace and tension good. I didn’t at any point feel that it dragged its feet. It would be a perfect holiday read (if we were allowed to do that of course.)