Blog Tour: Starting Over at the Vineyard in Alsace by Julie Stock

Book Review: Starting Over at the Vineyard in Alsace by Julie Stock 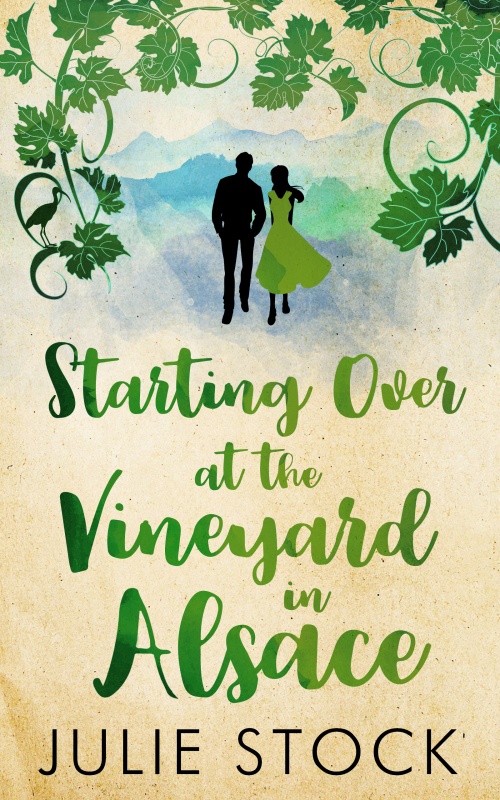 It’s springtime at The Vineyard in Alsace, a new season and a new beginning

After being abandoned by her partner when she falls pregnant, Lottie Schell goes home to live on The Vineyard in Alsace, where she has started a new relationship with the estate’s winemaker, Thierry. Now about to give birth, Lottie’s determined to raise her child and to provide for them both on her own without having to depend on anyone else.

Thierry Bernard is still dealing with his grief and guilt following the death of his wife two years earlier, for which he blames himself. When he meets Lottie, the instant attraction he feels towards her gives him hope that he can move on from the tragedy of his past, as long as he can tell Lottie the truth of what happened.

When circumstances force Lottie and Thierry closer together, they both find it hard to compromise – she’s proudly independent and he’s fiercely protective – and they’re both wary about trusting someone new with their heart.

Can Lottie and Thierry take a chance on each other, move on from their pasts and start over?

Escape to The Vineyard in Alsace once again with this romantic read set in the heart of Alsace’s wine country.

I was very pleased to be taking part in the blog tour for Starting Over at the Vineyard in Alsace by Julie Stock.

I have not read the first book, The Vineyard in Alsace so I was a little concerned I wouldn’t know what was going on. Although this is book two in the series, it didn’t take me long to catch up so, in my opinion, this can be read as a standalone novel. Book one followed Fran. This book focuses on Fran’s sister, Lottie as she prepares to have a baby on her own.

I liked the fact that this book was told from the point of view of Lottie and her boyfriend, Thierry. Each are developed well and have a good chance to reveal their stories. All of the elements are put together well through the book.

Both of these characters have many layers to them. Lottie has a broken heart and trouble trusting those around her. I found Thierry’s story interesting and very sad as he grieves the loss of his wife and the guilt surrounding their last conversation. They both go through quite an emotional journey as they learn to hopefully trust each other. I feel that many can relate to them.