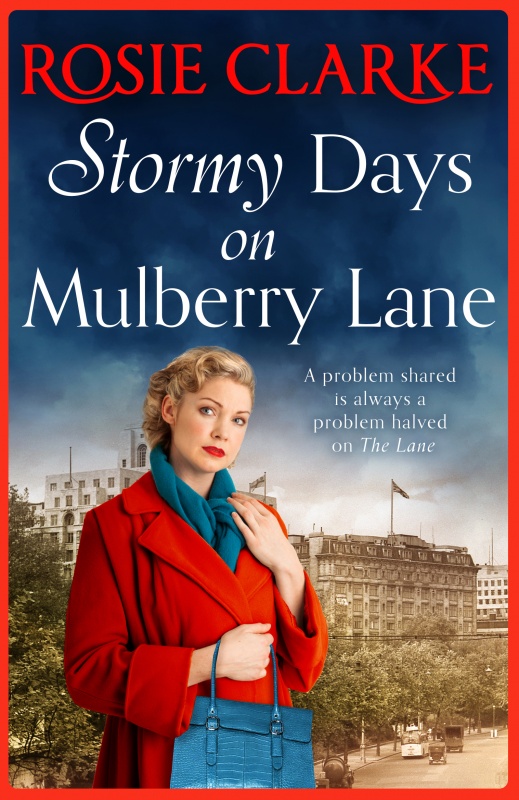 But then disaster strikes.

Pip, her beloved son is left in a coma following a devastating car crash and a young girl collapses in the market leaving Peggy no option but to nurse her back to health.

As things begin to go awry, Peggy worries she has brought trouble to her doorstep?
Can her life ever return to normal? Or has Peggy’s good nature led her astray?

Not only is this the first book I’ve read by Rosie Clarke, it is my first introduction to the Mulberry Lane series.

It did take me a couple of chapters to settle in as I was getting my head around who’s who but once that happened, I was so eager to find out what happened to these women.

Peggy is such a wonderful, strong character who wants to see the best in people – even a stranger she finds collapsed in the street. I didn’t know what to make of Gillian and I hoped that she wasn’t going to cause any harm as I had very quickly grown so fond of Peggy and Able.

Shirley was also a character I immediately clicked with and I almost became an overprotective parent, having to remind myself that she was fictional. That’s what’s fantastic about this book; the settling and the people within feel so vivid and real. It’s as though you’re stepping into a existing London street and watching it all unfold.