Blog Tour: Tell That To My Heart by Eliza J. Scott

Book Review: Tell That To My Heart by Eliza J. Scott 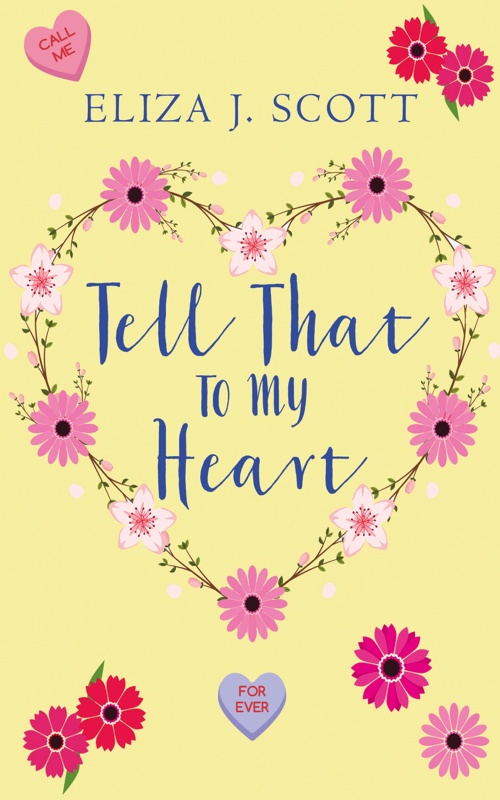 Jemima Dewberry wears her heart on her sleeve. Her weakness for bad boys, coupled with her track record for making bad decisions has led to endless heartbreak. The only trouble is, she can’t seem to kick the habit.

On top of that, her “dream” job at Yorkshire Portions magazine hasn’t turned out to be what she’d hoped, and she seems to have developed the knack of annoying her boss without even trying. It doesn’t help that the new girl seems to have taken an instant dislike to her. All that’s keeping her there are her best friends Anna-Lisa and Aidey, who have picked up the pieces of her shattered heart more times than they care to remember.

When Jemima’s latest boyfriend turns out to be no better than the rest, the hurt and humiliation is almost unbearable. She declares she’s finally through with love, and swears off men for life. But when charismatic Caspar De Verre walks into the office with his dangerous good looks and mesmerising smile, she’s utterly captivated, and her promises to Anna-Lisa and Aidey not to let her heart rule her head are soon forgotten.

But is Caspar all he seems? Anna-Lisa and Aidey have their doubts. And Herbert, the happy-go-lucky black Labrador Jemima’s looking after, doesn’t seem to like him either.

As Jemima falls for Caspar’s charms she finds herself being forced to confront the struggle between her head and her heart. But which one will prove the most powerful?

And will Jemima get the happy-ever-after she so desperately craves?

Tell That To My Heart is the first novel in the Heartshaped series. I loved Eliza’s previous series, Life on the Moors, so I have been looking forward to getting stuck into a new book from her.

Mim Dewberry should be enjoying the fact that she has the job of her dreams. In reality, she hates where she works. Also, having had her heart broken by her ex, she has sworn off men. Well, that’s until Casper begins work at her office. Even when her friends, Anna and Aidey share their misgivings about him, she doesn’t listen to their advice. Whether it’s advice she should heed, I am hoping you’ll find out for yourself.

This book was full of the same warmth and heart that I have come to love from Eliza’s books and I devoured this, not able to stop reading.

Mim felt like a sister and I became very protective of her. I wanted to hug her. Casper gave me a Daniel Cleaver/Jasper from The Holiday vibe and, like Herbert, I couldn’t quite decide if I liked him.

The plot is paced well and I couldn’t figure out how it would end. As normal, I am not going to say much more about the plot and what happens as I don’t want to spoil it but what I will say is that there are some very bad characters in this book. There was one in particular that I didn’t even try to like.