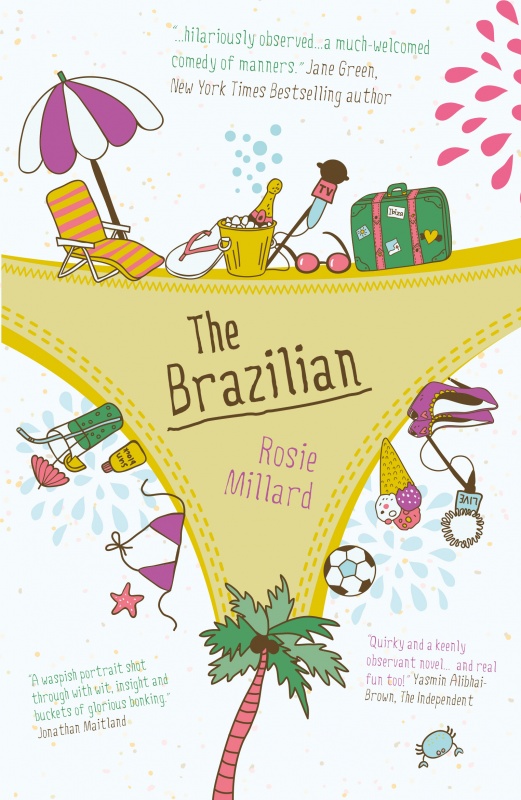 A lovely big hello to Rosie Millard who is here with the blog tour for her new book, The Brazilian (released by Legend Press on 14th June.)

Following a sensational scandal at one of London’s most desired postcodes, Jane and Patrick decide to escape the gossip with a family holiday to Ibiza, their eight-year-old son George in tow.

As hapless celebrities are picked off one by one, Jane is desperate to be on the programme, leaving childcare in the not so capable hands of a teenager.

One lesbian escapade and an explosive row over hair removal later, the contestants of Ibiza or Bust leave the island with more than sand in places they never knew existed…

The Brazilian is the follow-up to Rosie’s previous novel, The Square.

Jane and Patrick want to escape scandal which has made them a subject of gossip in the Square – an exclusive little bunch of houses. They decide to take their son, George to Ibiza for a family holiday but with teenager (and fellow Square resident,) Belle in tow. Patrick just wants a quiet, relaxing holiday for him and for Jane.

At the same time and unbeknown to Jane, Phillip, the Square’s artist has decided to go on a reality TV show called Ibiza or Bust leaving his wife Gilda at home.
When he gets to the house, he causes a stir. Not to mention the fact that TV personality Alan is there too. And they are not the best of friends.