Blog Tour: The Cocktail Bar by Isabella May

Book Review: The Cocktail Bar by Isabella May 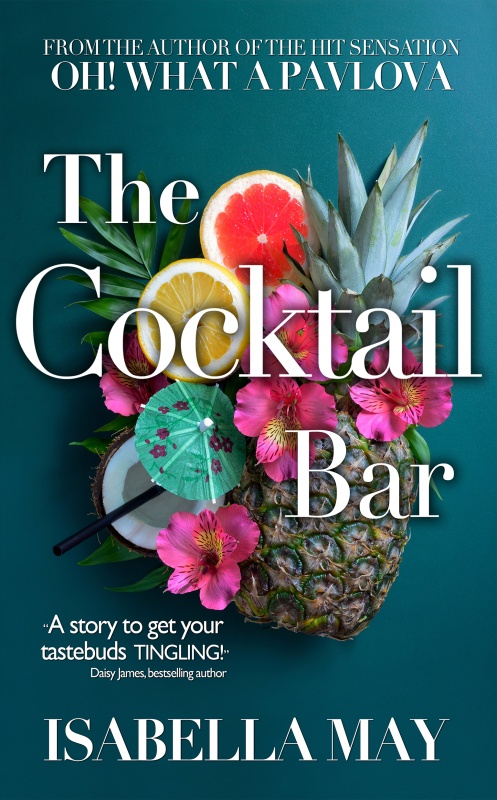 A big hello to Isabella May. She joins me today with the blog tour for her book, The Cocktail Bar.

Rock star, River Jackson, is back in his hometown of Glastonbury to open a cocktail bar… and the locals aren’t impressed.

Seductive Georgina is proving too hot to handle; band mate, Angelic Alice, is messing with his heart and his head; his mum is a hippie-dippy liability; his school friends have resorted to violence – oh, and his band manager, Lennie, AND the media are on his trail.

But River is armed with a magical Mexican elixir which will change the lives of three lucky people. Once the Mexican wave of joy takes a hold of the town, he’s glad he didn’t lose his proverbial bottle.

Pity he hasn’t taken better care of the real one…

Fed up with life on the road as a musician, River returns home to Glastonbury. His plan… to open up The Cocktail Bar and, thanks to an encounter with a mysterious woman named Mercedes, potentially change the lives of three people.

To begin with, the locals are not happy. Old school friends are trashing his bar, his ex manager is on his trail and the local aristocracy is up in arms.

There is also the matter of Georgina, a girl from his past. He is soon in a casual relationship with her. However, she has her own agenda and believes Karma is a dish served cold.

Things become even more complicated when Alice, his former bandmate, returns home. She also happens to be the girl that River is actually in love with.

Having previously read, Oh! What a Pavlova, I was looking forward to taking part in the blog tour for Isabella May’s latest novel, The Cocktail Bar.

Told from the point of view of River, Alice and Georgina, it did take me a couple of chapters to settle into the novel and connect with the characters. Once I did though, I couldn’t put it down.

River is an interesting man. Deep down, he is fiercely loyal to the people he loves, if not a little naive to the behaviour of some of the people around him. He, like many people, including Alice, is trying to find his place in the world and that is something many readers will be able to relate to.

I found Georgina an unlikeable character, even before you find out what she’s up to. However, she does add tension and conflict to the story. The same can be said for Lennie.