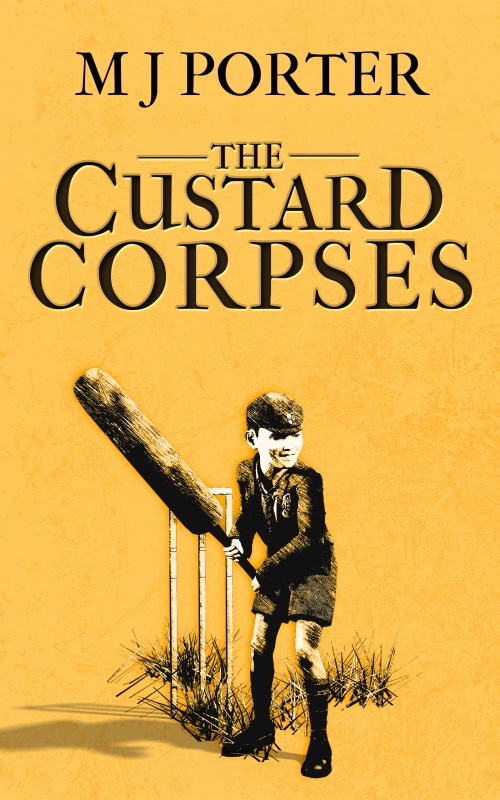 While the whine of the air raid sirens might no longer be rousing him from bed every night, a two-decade-old unsolved murder case will ensure that Chief Inspector Mason of Erdington Police Station is about to suffer more sleepless nights.

Young Robert McFarlane’s body was found outside the local church hall on 30th September 1923. But, his cause of death was drowning, and he’d been missing for three days before his body was found. No one was ever arrested for the crime. No answers could ever be given to the grieving family. The unsolved case has haunted Mason ever since.

But, the chance discovery of another victim, with worrying parallels, sets Mason, and his constable, O’Rourke, on a journey that will take them back over twenty-five years, the chance to finally solve the case, while all around them the uncertainty of war continues, impossible to ignore.

M J Porter has kindly shared an extract from The Custard Corpses with us today so grab that tea and biscuit and enjoy!

Sam paused, watching the slow progress of the woman. She was so bent; it was almost as though her nose scraped the ground. He swallowed heavily, but perhaps this was too good an opportunity to miss. Especially as an upright man followed behind, his steps slow, but his eyes focused on Sam and Higham. It was evident he’d noticed their interest in the monument.

“Good day,” Sam took the initiative, startling the woman, if not the man.

“Who are you?” the man’s accent was rough, the sound like a stone being pulled over cobbles.

Two sets of tired eyes settled on him, and he knew whatever he said next might spark hope in them. Could he be so cruel when so much was as yet unknown?

Mrs McGovern puffed through her cheeks, and he noticed the fine hairs above her lip in an unwelcome flash of late sunlight. Her lip quivered, and in her hand,  she clutched yet more bright red flowers for the graveside.