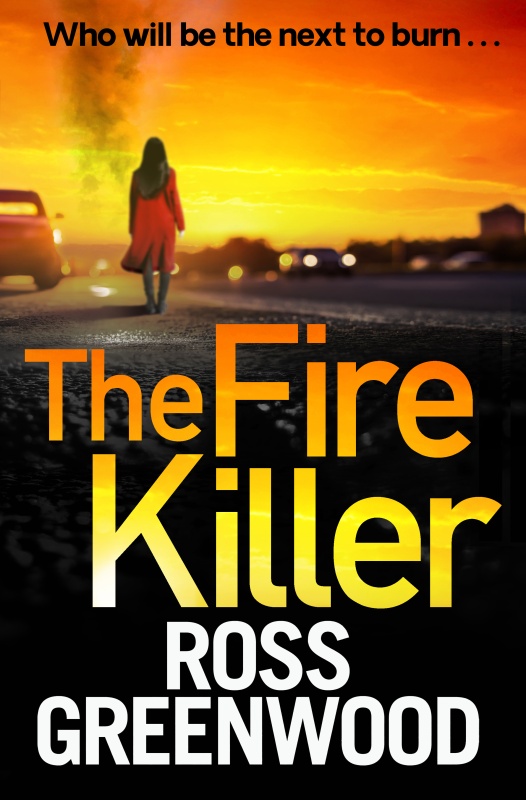 A lovely big welcome back to Ross Greenwood and the blog tour for his novel, The Fire Killer.

When DI Barton is asked to investigate a seemingly innocuous fire that kills, he believes it’s either children fooling around or a worrying racially motivated crime.

As he delves deeper into the case, he soon realises that there is a history of similar blazes spread out over many years, all within a close area. And after an idea is suggested by pathologist Mortis, Barton suspects he has the arsonist’s motives wrong.

When a night worker comes forward with a tip, Barton narrows down the suspects. Yet all of them act suspiciously and he knows for sure that one or more of them are lying. And when a huge house blaze shocks everyone, Barton fears the killer has lost all control.

Who is The Fire Killer? What will be next to burn?

DI Barton and his team are back!

A mysterious person is setting fires and it’s not long before arson turns into murder. Time is running out. Can they find The Fire Killer before they kill again?

Having previously read The Cold Killer, I was excited to start reading DI Barton’s latest case. If you haven’t read any of the previous novels, don’t worry. This can be read as a standalone although I do recommend them. They are so good! In fact, DI Barton and his team are now amongst my favourite fictional crime solvers. The Fire Killer is book five in the series. In case you wanted to pick up this series from the beginning, it starts off with The Snow Killer, then The Soul Killer, The Ice Killer and the Cold Killer.

Ross Greenwood immediately draws you into the action so I very quickly got pulled into the story, wanting to know what happens.

The tension and suspense builds very well and I was with these characters, invested in trying to find this killer.