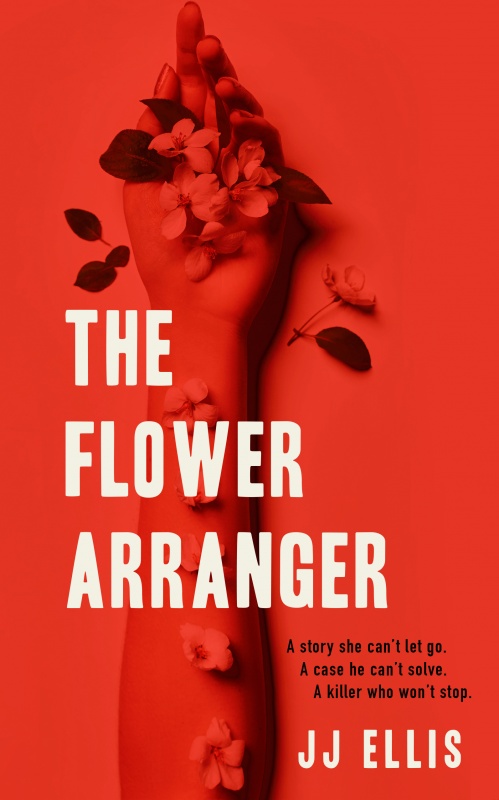 And now he knew what was wrong with the arrangement. It was the Ma… the negative space… There was only one thing beautiful enough to fill it and — finally — she was with him. Ready, if not willing, to play her role.

Holly Blain wants to cover real news. The entertainment beat — pop stars and teen trends — was not why she moved to Tokyo. When she meets Inspector Tetsu Tanaka, head of Tokyo’s Metropolitan Police’s Gaikoku-jin unit, it might just be her big break.

Tanaka isn’t so sure. Always one to do things by the book, he’s hesitant about bringing this headstrong reporter into his carefully controlled investigation.

But young women keep disappearing and Tanaka is given no choice. He and Blain must trust each other if they are to stop a tormented killer from bringing his twisted plan to its shocking conclusion.

Filled with twists and turns, this unforgettable thriller is JJ Ellis’ first novel.

Holly Blain is quite new to Tokyo and wants to make her mark as a crime reporter. Covering the entertainment wasn’t exactly what she envisioned when she thought about her reporting ambitions.

She is delighted when she is introduced to Inspector Tetsu Tanaka from Tokyo’s Metropolitan Police’s Gaikoku-Jin unit. He could be her way to gain the scoop to further her career.

Tanaka isn’t so sure about Holly and keeps her at arm’s length.

The Flower Arranger is the debut novel from JJ Ellis but it won’t be the last I read from this author.

Told from the point of view of Tanaka, Holly and the killer, this book pulled me in from the moment I picked it up. I found it compelling and quite frankly unputdownable.

I had what I call itchy book fingers when I was forced to put it down. I just wanted to pick it up and continue reading. 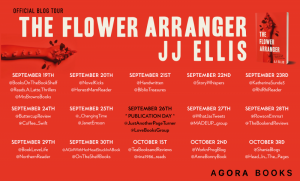 The setting is so vivid. I have never visited Japan but I could see myself walking the streets with the characters. I felt totally emerged.

Tanaka is a strong and believable character. He’s an honourable policeman and wants to do his due diligence. He is one for the rules and his reaction to Holly was an interesting one. His relationship with her has a fascinating arc to it and I certainly want to see these two together in another novel.

Holly was more of an enigma to me. Not a lot is given away about where she’s come from and what has happened before she reached Tokyo. This is a book in itself I think and one that I would also read. There is certainly more to Holly than we see here. She and Tanaka are total opposites but they work.

It took me a few pages to get my head around who everyone was. Not a bad thing, just me.