Blog Tour: The Invisible Man From Salem by Christoffer Carlsson

Blog Tour: The Invisible Man From Salem by Christoffer Carlsson 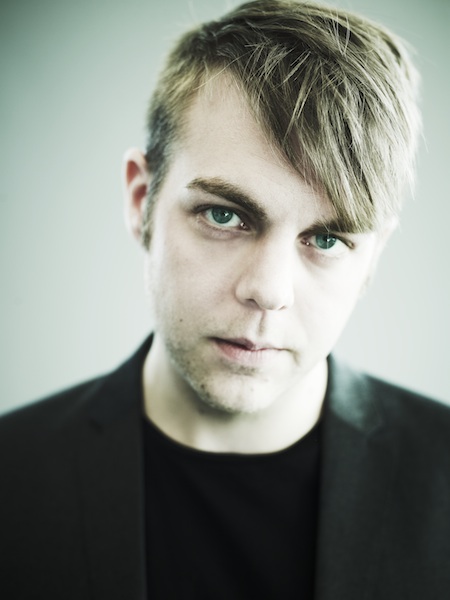 I’m very pleased to be welcoming Christoffer Carlsson to Novel Kicks. To celebrate the release of his novel, The Invisible Man from Salem (published in the UK by Scribe Books and translated by Michael Gallagher,) we will be taking part in the blog tour by reviewing the book but first, we had a chat with Christoffer about his novel, his favourite word and the three books he couldn’t live without…

Hi Christoffer. Can you tell us a little about The Invisible Man from Salem and it’s main character, Leo Junker. How did the idea originate?

The Invisible Man From Salem is part crime noir, part coming-of-age drama. It’s about two friends who come from the same place but grow to be very different people, and a story about the mysteries of friendship, love, guilt, and betrayal.

The idea really came from the work I was doing in criminology at the time. I was hired to write a PhD, based on life history interviews with a sample of juvenile delinquents born in Stockholm during the 1940s and 50s. As I began doing interviews with then in 2010, they were around 60 and had lived long and interesting lives. My interest was the field we call continuity and change in crime, that is, why did some of these juvenile offenders cease to do crime whereas others continued to offend well beyond the transition to adulthood? In other words, me interest was why some fare better than do others. As it turned out, some of the people who we – based on childhood risk factors – predicted would do bad, they did bad. But many of those we thought would do bad, actually turned out to live quite good lives. And, reversely, several of the people who we predicted would do good, actually lived quite crime-intensive lives. So, doing that work, it just got me thinking about what shapes a person’s life and, of course, the answer to that is very basic: it’s the relations we have to people and places, our location in the various dimensions of our social structure, and it is our own dreams and fears and aspirations.

I’m not claiming that I have written a criminological, fictionalized account of real lives or anything like that. I just wanted to write a crime drama based on the idea of what shapes people’s lives, and it was from it that the idea of the Leo Junker series grew.

What drew you to this genre?

Oh man, you know, I was born and bred on crime fiction. I’ve always loved it. The beauty in crime fiction is that it, when it’s done good, is much more than just a story about a crime. You know, much crime is the result of very basic dimensions of human existence. Love, friendship, greed, sex, guilt, betrayal, and various forms of drug use – all these things are very human things. But when they are taken to their extreme, the end result is sometimes crime. So when crime fiction is at its very best, it shows us what can happen when the most human elements in us go wrong. It tells us, in a sense, who we are and what we are capable of. I’m, by the way, not claiming that we are all equally prone to do murder or armed robberies; clearly, we’re not. But crime fiction can make us understand what is actually going on when such things do happen.