Blog Tour: The Landlord of Hummingbird House by Jane Harvey

Book Extract: The Landlord of Hummingbird House by Jane Harvey 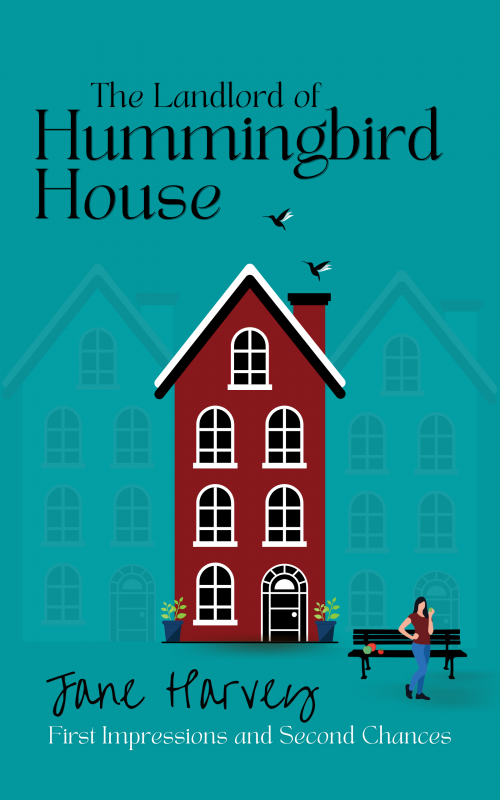 I’m pleased to be welcoming Jane Harvey to Novel Kicks. She’s here with the blog tour for her latest, novel, The Landlord of Hummingbird House.

When April moves into Hummingbird House, she is intrigued by her mysterious landlord, Dai.

With a bruised heart and a distinct lack of furniture, she spends the summer getting to know the other occupants. As she smartens up her home and makes peace with her recent past, she befriends Paul, a solitary ex-chef, and Betty, an elderly lady who lives in the basement flat.

But Hummingbird House holds many secrets, and the relationships of the tenants are not as straightforward as they seem. April learns some shocking truths one eventful night, and realises that victims and villains can look the same.

The Landlord of Hummingbird House is a contemporary novel exploring unlikely friendships, unexpected love interests, and family relationships. Here, everyone is in need of a second chance – and appearances can be deceptive.

Jane has kindly shared an extract with us today. Enjoy.

April (a 32-year-old Primary School teacher) has had to move to a new home following the break-up of her long-term relationship. Immediately before this scene, April and her sister are working away to improve her new rental home. As she works, April starts to dwell on how she renovated her last home, which leads to reflections on the end of the relationship. She has just described how she and Tom seemed to be drifting further apart, and how he was working long hours, following a promotion.

Eventually, he invited her to a black-tie do, for his work. April knew the date off by heart for weeks, building this one evening into something special, something that would help to salvage things. Take them back to how they were. They would have a wonderful time. They would laugh and eat and drink. Maybe dance.

She had no idea what to wear at first, and ended up having to get a new dress, and buying sparkly sandals when she couldn’t find heels that she could walk in. She had always had a problem with shoes. They both dressed up: physically pressed and booted; emotionally crumpled and tired. It was the first time they’d been out together in months.

When they were seated, April struggled to make conversation with his colleagues and acquaintances – her work stories revolved around little Jamie’s lost trousers after P.E rather than how the office intern had nearly lost them half a million. She felt like someone’s little sister. Like she’d been asked along by mistake, or out of pity, with her costume jewellery and too-tight Spanx.

It struck her that there was a time when they would have been accomplices at these events – saving each other from dire conversations with dribbling, drunken Non-Executive Directors, or giggling behind menus, thick as thieves. But Tom was off, working the room, and chatting amiably to everyone. It was expected, he said. He had to show his face.