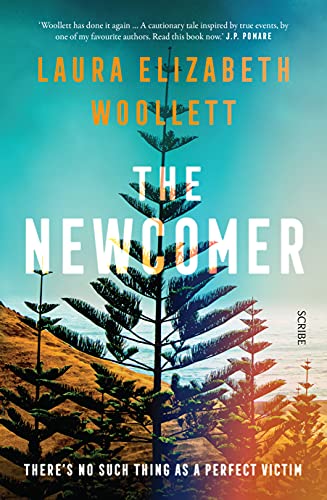 When her 29-year-old daughter Paulina goes missing on a sleepy pacific island, Judy Novak suspects the worst. Her fears are soon realised as Paulina’s body is discovered, murdered.

Every man on the island is a suspect, yet none are as maligned as Paulina herself, the captivating newcomer known for her hard drinking, disastrous relationships, and a habit for walking alone. But even death won’t stop Judy Novak from fighting for her daughter’s life.

Judy Novak fears the worst when her 29-year-old daughter, Paulina, goes missing on a pacific island where strangers stand out.

When her daughter’s body is found, every man on the island becomes a suspect.

As the investigation begins, Paulina’s behaviour prior to her death comes under scrutiny; her heavy drinking, her disastrous relationships and a habit for walking alone.

Judy won’t stop fighting for her daughter though.

The premise for this novel intrigued me and so I was excited to be invited onto the blog tour for The Newcomer by Laura Elizabeth Woollett.

Wow is what I want to say about this book. I am not sure what I can say without giving too much away but I will give it a go.

From page one, this story draws you in and immediately I was hooked. It’s a crime novel, yes but there are so many more layers to it.

Let’s begin with Paulina. She’s such a complicated character. I felt sympathy, frustration, love and anger toward her. Sometimes, it was all of these feelings at once. She moves to this island in search of something. To begin with, I don’t think even she knows what this is. She’s dealing with so many internal demons and as a result, she acts out in the only way she knows how. Paulina is a perfect example of ‘don’t judge a book by a cover.’ She is hiding a lot under an extroverted/alcohol induced personality. Most of all though, she just wants love. Laura Elizabeth Woollett does such a great job of conveying how lost and broken Paulina is.