Blog Tour: The Single Mums Move On by Janet Hoggarth

Book Extract: The Single Mums Move On by Janet Hoggarth 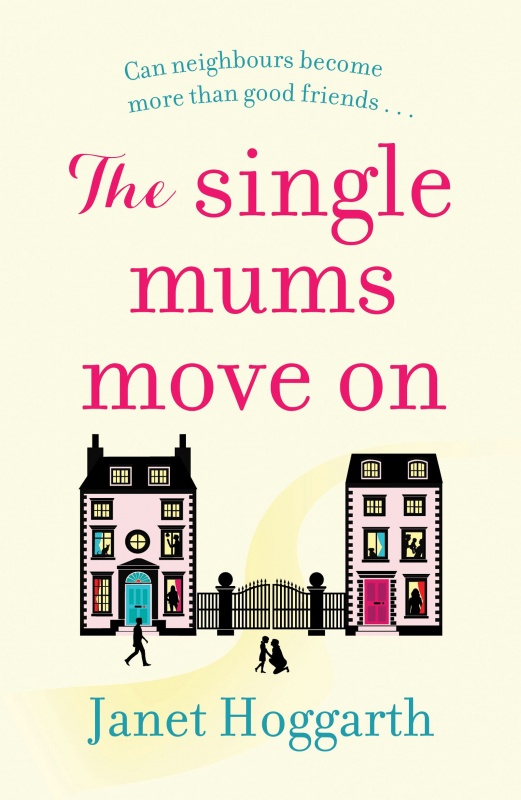 Today I’m welcoming Janet Hoggarth who is joining me with the blog tour for her book, The Single Mums Move On.

After her husband left her, Ali and her daughter Grace enjoyed living in what became known as ‘the Single Mums’ Mansion’. However, with her best friends Amanda and Jacqui moving on, it’s time for Ali and Grace to make their own way. Thankfully, a chance conversation leads to them moving into the infamous South London gated community known only as ‘The Mews’.

In ‘The Mews’ everyone lives in each other’s pockets and curtain twitching is an Olympic sport. The neighbours are an eclectic bunch – from Nick the alleged spy, Carl the gorgeous but clearly troubled Idris Elba lookalike, to Debbie who is about to face the hardest fight of her life, and TV agent Samantha who is not as in control as she likes to pretend.

Each day brings another drama, but along with the tears, real friendships grow. And her neighbours’ problems might unlock the key to something Ali has yearned for all along…

Janet has very kindly shared an extract with us today. Enjoy.

‘I hate everyone looking at me,’ Amanda said tremulously, holding on to her dad’s arm as we waited for the music to start in the antechamber of Rye Town Hall. ‘What if I cry?’

‘You’re supposed to cry at weddings!’ Jacqui said, rolling her eyes. ‘No one’s going to tell you off!’

However, when the time came to walk down the aisle, I hadn’t heeded my own advice. As soon as the impressively ornate doors opened and the town crier rang his bell to announce us, I spotted Ifan standing next to Jacqui’s Mark, his hand proprietorially on Grace’s shoulder, eagerly waiting. The first thought that burned in the back of my mind was: I can’t marry a shop assistant. I swiftly berated myself for being such a snob, but in reality, he didn’t earn enough money to support us if we had a child.