Blog Tour: The Stars in the Night by Clare Rhoden

Book Extract: The Stars in the Night by Clare Rhoden 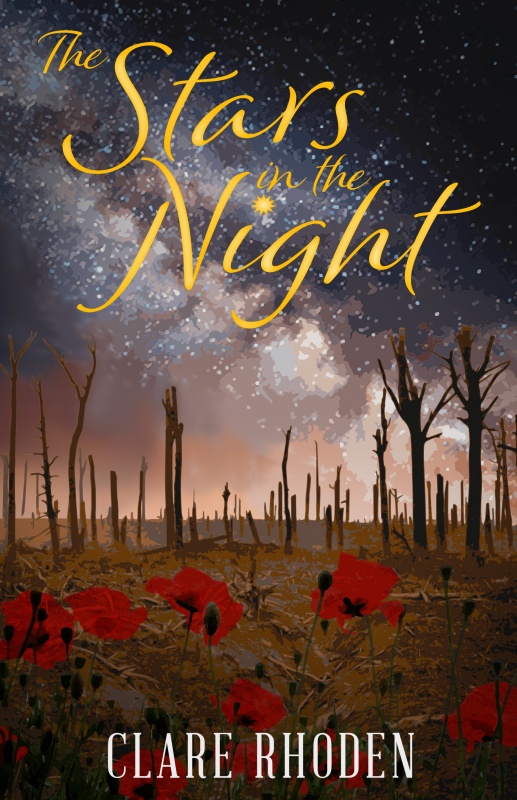 A big lovely welcome to Clare Rhoden and the blog tour for her novel, The Stars in the Night.

Harry Fletcher is a confident young man, sure that he will marry Nora, no matter what their families say. He will always protect Eddie, the boy his father saved from the gutters of Port Adelaide.

From the beaches of Semaphore to the shores of Gallipoli, the mud of Flanders to the red dust of inland South Australia, this is a story of love, brotherhood, and resilience.

Clare has shared an extract today.

The unrelenting summer was mute with loneliness, brutal with drought. Neighbours dropped by now and then,or nodded to Nora at church. There was nothing new to say. There was no news,or only delayed bad news. Not even bad news was special now. They all chewed the remnants of a shared disaster like a flash flood, with tales of more destruction coming in belatedly from outlying areas.

Like a flood, war’s effects were unpredictable and astonishing. Great gaps in the congregation showed where places had been saved, places no one would ever fill. No shadow of that lad’s life on the land; no body and no grave. Swept from sight and sense, and only words left in his place, the same words going around over and over again till even the words died somewhere else, robbed of the life they once had. Nora often found her mind wandering when she should have been listening. A month had passed since her father had sailed back to England, shaking off the financial disaster of his failed war investments. Nora began to fear that her future, too, held only longing and loss. Time perhaps to think about another life. But as each week melted into the next, she put off any decision.

At dusk on the last day of January, as the last bloody rays of sun flooded the long drive, she stepped onto the verandah. The eucalypts along the fence looked like petrified coral. Red sky at night, shepherd’s delight. Shepherds must like hot weather. She waited. The trees exhaled, freshening the air. The first creaking whisper of coolness teased the dust on the grass. The earth seemed to stretch and yawn. Insects jabbered at the coming night.

Nora leaned on the post, aware of the turning of time. Then she saw him coming down the drive, the strap of his swag crosswise on his chest. A self-willed, obstinate, lone merino ram, pride and despair of the flock, returning from the hill paddock in his own good time. Shepherdess’s delight. She nearly shouted his name. The next moment she realised that the waiting was over, that the future was here, and it frightened her. But it was her time.