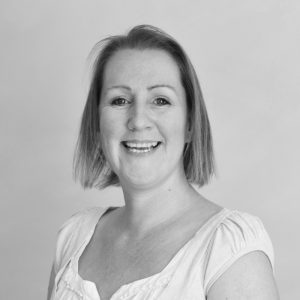 Hi Jenni, it’s great to be welcoming you back to Novel Kicks.

Thank you so much for having me back. I can’t believe my second book is out already. I had a real thrill ride with The Hopes and Dreams of Lucy Baker. The book had so many amazing reviews and I was delighted to get an Amazon bestseller flag. Let’s hope The Unlikely Life of Maisie Meadowsis as enthusiastically received.

Which fictional character would you like to spend the day with? What would you do?

This is such a hard question. In fact, I left answering it until the end because there are so many characters I could have chosen. I considered people from historical novels where I would get the opportunity to spend some time in an exciting period of history – perhaps with a Regency lady or a certain Victorian cotton mill owner *wink*. I thought about characters with special powers, like Harry Potter and various superheroes (flying through the air with Superman would be a blast). I considered the simple rural idyll that would be spending a day with Anne Shirley at Green Gables, or Miss Marple in her beloved St Mary Mead. Perhaps I could pamper myself and spend the day with someone wealthy or influential, perhaps party with Jay Gatsby, or Holly Golightly? So many fabulous characters, so many choices… 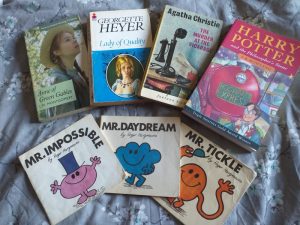 In the end (wait for it…) it’s a toss up between Mr Daydream (who could give my imagination a boost and therefore some fabulous material for my novels) and Mr Impossible (so I can do EVERYTHING and ANYTHING) from the fabulous Mr Men. These were the very first books I read by myself and they have a special place in my heart. I’m sure I could have some up with something more intellectual but I’m embracing my inner child. Besides, I’m curious to see how they mange to drink a cup of tea with those stumpy little arms (Mr Tickle being the obvious exception).

Which songs would be on a playlist for The Unlikely Life of Maisie Meadows?

This is quite an easy question because Theo, who works with Maisie at the auction house, has a particular penchant for the 1980s. Although he is an expert in modern design (i.e. post-war) that’s the decade that really interests him, and this is reflected in his music taste. He plays a lot of The Jam, The Police, The Clash (late Seventies/Eighties) so a soundtrack would have to include these bands. This contrasts with the flamboyant Johnny (Maisie’s boss) who has more classical tastes, so perhaps some Mozart and a sprinkling of Shostakovich (as it is mentioned in the book). And then, to keep the author happy, I’d have to throw in a few recent dance tracks – which is largely what I listen to when I write. So it would be quite an eclectic mix.

How did your writing process differ from your previous novel?

In many ways it was quite similar. I’m a pantser, not a plotter, so apart from the bare bones of the story and a definite idea of the ending, I do tend to launch myself in rather randomly, not even writing chronologically. However, for Maisie I had to produce a synopsis for the publisher before I began writing and this did help me focus my ideas a bit more. There was also a time pressure for Maisie, whereas Lucy was written before I had a publishing deal so I had longer to play about with it. However, deadlines are Good Things. They help you focus.

The only thing I really did differently was a mid-book plan. I always refer to my first draft as the Bowl of Dropped Spaghetti stage – because in my head that’s what it feels like. After that, I need to pick all the jumbled spaghetti up and sort it out. Writing Maisie was the first time I’d produced a coherent plan but it was only at this post first-draft stage. I put all the scenes I’d written on Post-it notes and then planned the book – a bit backwards but it worked. My clever techie son set me up with two screens and I simply pulled across sections in order onto a blank document. I am at the Bowl of Dropped Spaghetti stage with Book 3 now so shall employ this method again.