Blog Tour: Things Are Looking Up by Maxine Morrey

Book Review: Things Are Looking Up by Maxine Morrey 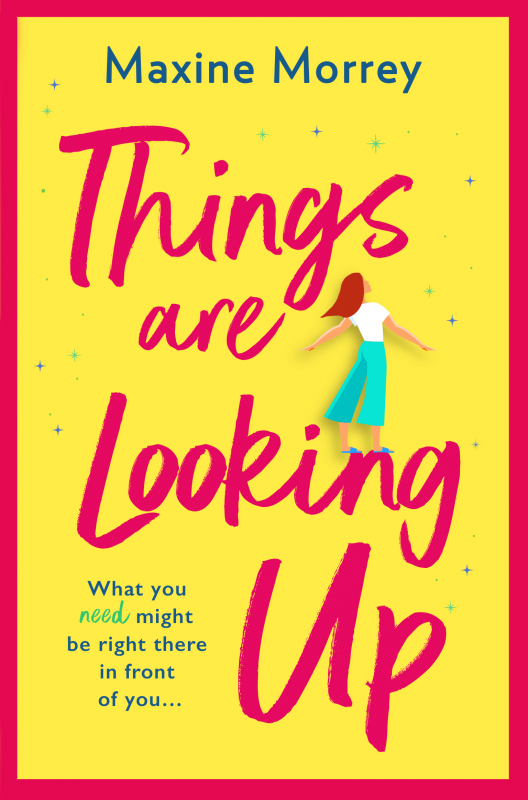 What if what you really need is right there in front of you, if you just take a moment to look up?

Milly has been waiting for this moment forever and finally it’s just an hour away – an interview with Vogue magazine and the opportunity to get her Louboutin-clad foot in the door.  There’s just one problem – totally engrossed in her mobile phone, Milly doesn’t see the bus that is fast approaching – until it’s too late…

When Milly next opens her eyes, the consequences of her accident become clear. Everything she has worked for and dreamed of suddenly feels out of reach. But there is one bright spot on her horizon – the reappearance of her ex Jed, in all of his six-foot-four, broad-shouldered glory, with the most piercing ice blue eyes Milly ever saw.

Once used to working in a whirlwind, Milly now has the chance to reconsider how to live. Will she rush back to the treadmill, get her head down and back to business, or is there a whole other life waiting for her, if she’ll just look up to see it?

Milly is on the verge of getting the job she has spent most of her working life trying to get; much to the detriment of everything else.

What she didn’t plan on, was getting hit by a bus.

When she wakes up a week later, she finds herself homeless and jobless.

Her ex also comes back into her life… her very handsome, sweet ex.

It didn’t take me long to get completely engrossed in this novel. I immediately felt immersed in the London setting and I could imagine myself walking around London with Milly.

Milly was a character I could get behind. Yes, she has flaws and there were many points where I found her frustrating, but she felt very real and like an old friend. I wanted everything to work out for her. It was lovely to see her journey as I progressed through the book as she gets to know herself again.