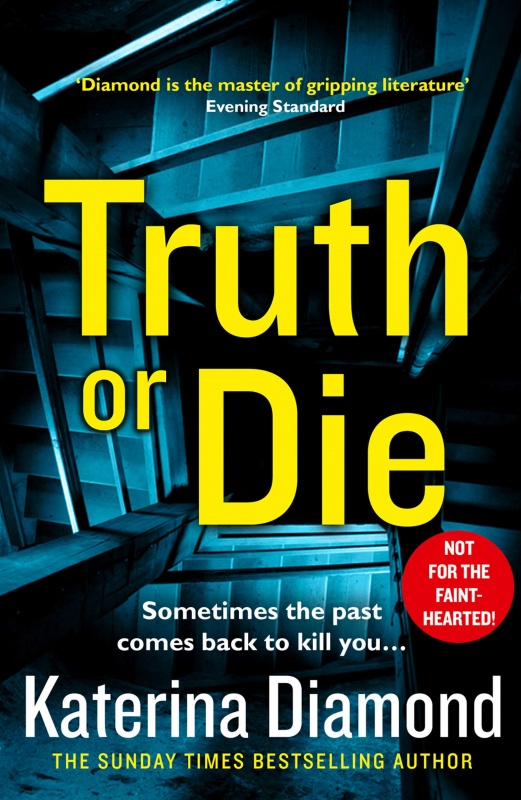 I am welcoming Katerina Diamond to Novel Kicks today and the blog tour for her latest novel, Truth or Die.

The butchered body of a professor is found in a private office of Exeter University. It is the first in a spate of horrific murders that shakes the city to its core.

Who would target a seemingly innocent man, and why? DS Imogen Grey and DS Adrian Miles turn to his students for answers, but their investigation turns up no leads. Someone must know more than they’re letting on…

As the body count rises, the police have to look into the past to uncover the person responsible before it’s too late.

But are they brave enough to face up to the truth?

Katerina and Avon have shared an extract today. Enjoy.

‘No, someone from the DCI’s old area. I think they wanted an outsider, someone who wasn’t caught up in any of the local shit,’ Adrian reassured her. Imogen herself had transferred from Plymouth under a bit of a black cloud and so he knew she wouldn’t appreciate working with any of her former colleagues.

‘Apparently she personally endorsed his transfer. The DCI has worked out all right. Maybe it’s a good move.’

‘Why are you asking me?’

‘You can’t objectively say whether a man is attractive? Are you worried that I might think . . .’

‘Don’t finish that sentence. His face is very symmetrical, which suggests he is probably quite good-looking.’ Adrian smiled at her.

‘Wow. I’d hate to hear how you describe me.’ She gathered up her things to go.