Blog Tour: Until We Meet Again by Rosemary Goodacre

Book Review: Until We Meet Again by Rosemary Goodacre 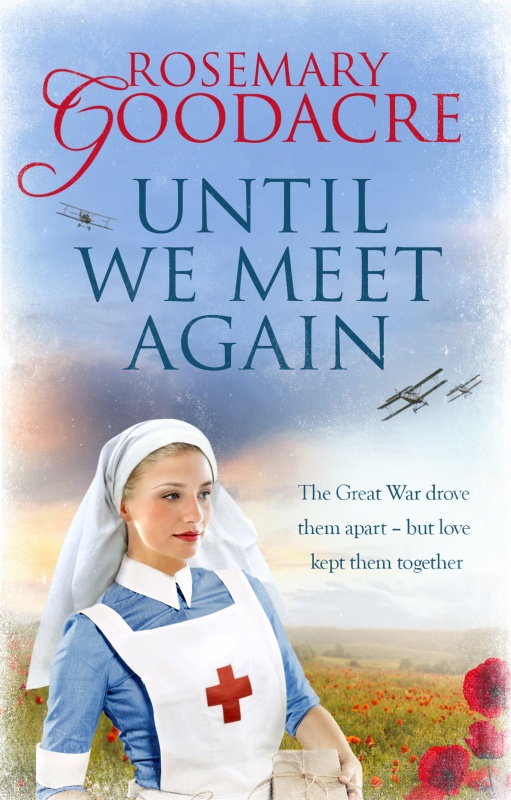 I’m welcoming Rosemary Goodacre to Novel Kicks today and the blog tour for her novel, Until We Meet Again.

Summer 1914: Shy young woman, Amy Fletcher, lives a quiet life in Sussex. An office worker, she lives at home, along with her parents and spirited younger brother, Bertie. But her life is transformed when she meets handsome young man, Edmond Derwent, son of one of the wealthiest families in the small town of Larchbury, and student at Cambridge University.

The couple are falling deeply in love when war breaks out and, eager to do his duty for England, Edmond signs up as an officer. The couple plan to be wed, eager to start a new life together – but their happiness is short-lived when Edmond is sent to Flanders to lead his men into battle. Amy trains as a VAD nurse and is soon sent to France, where she sees the true horror of war inflicted on the brave young men sent to fight.

Separated by war, Edmond and Amy share their feelings through emotional letters sent from the front line. But when Edmond is critically wounded at Ypres, their love faces the biggest test of all – can their love stay strong while the world around them is crumbling?

In Summer 1914, Amy Fletcher lives with her family in Sussex.

When she meets Edmond Derwent, her life is transformed forever when she falls in love with him.

The couple plan to marry but when war breaks out, Edmond is sent to Flanders after he signs up as an officer. He wants to do his duty to England.

Amy then trains as a VAD nurse and is also sent over to France where she sees the horror of war first hand.

Separated by WWI, can Amy and Edmond’s love survive?

This book mostly focuses on Amy with chapters from Edmond’s point of view also. This really helped to get an overall view of what it was like for the soldiers in WWI and the people left behind.

Immediately, I liked Amy. At the beginning of the book, she shows great integrity and loyalty to her friends and family and I loved that.