Blog Tour: We Met in December by Rosie Curtis

Book Review: We Met in December by Rosie Curtis 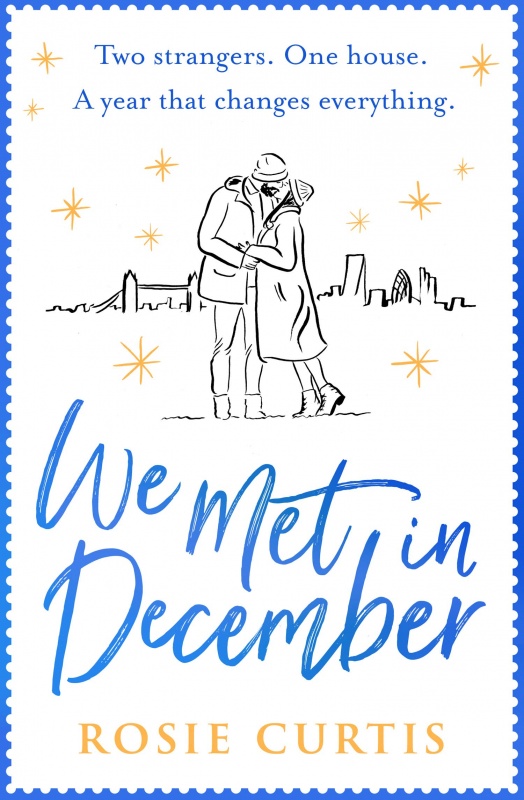 Hello to Rosie Curtis and the blog tour for her latest book, We Met in December.

What if you couldn’t get away from the one who got away?

This December, unlucky-in-love Jess is following her dream and moving to Notting Hill. On the first night in her new house-share she meets Alex, the guy in the room next door. They don’t kiss under the mistletoe, but there’s still a spark that leaves Jess imagining how they might spend the year together – never mind the house rule against dating…

But when Jess returns from her Christmas holiday, she finds Alex has started seeing Emma, who lives on the floor above them. Now Jess faces a year of bumping into the man of her dreams – and, apparently, the woman of his.

Jess is determined to move on and spend the year falling in love with London, not Alex – but what if her heart has other ideas?

We Met in December tells the story of Jess and Alex.

Jess has just moved to London after breaking up with her boyfriend. She is looking to go after the career she has always wanted. 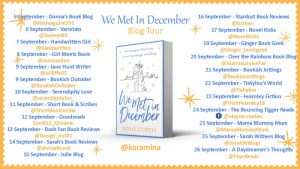 Alex was a successful lawyer and has now given that up to re-train as a nurse. He has made a promise to himself that, after a break up with his fiancée, he would focus on his career. He did not count on meeting Jess.

First, I am completely in love with this cover. It is so beautiful.

We Met in December is told from the point of view of both Alex and Jess. I liked this as it gave me a better overall idea of what each were thinking. It’s proof that misunderstandings and assumptions can be the cause of many problems between people that’s for sure.

These two were both wonderful, compelling characters and I came to care for them a lot. I found them to be characters I really liked and want to spend time with in real life.

I also loved the supporting characters, especially Nanna Beth, Rob and Becky. I want to know more about their lives.

I became so invested in this story. I want to be a roommate in this house. It’s like a rom-com movie and I could see it as such.